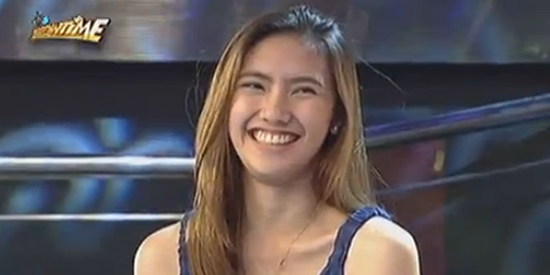 It's Showtime hosts are helping Angelica Jane Yap (also known as the Pastillas Girl) to find a new love, her very own Pastillas Boy.

Dubbed as the "Pastillas Girl," she asked advice from Vice Ganda’s Madam Bertud character during the adVice Ganda segment.

In the said pastillas video, she demonstrated how to make pastillas de leche while uttering bitter statements about the guy who broke her heart.

She is Angelica Jane Yap, a 21-year-old girl who wants to know when is the best time to fall in love again. She revealed that her boyfriend left her for her best friend.

During the Saturday episode, Angelica Jane Yap compared her to situation to the one previously faced by Maja Salvador and Kim Chiu with Gerald Anderson.

It will be recalled that Kim and Maja used to be close to each other.

However, the two had a falling out after Gerald Anderson, Kim's ex-boyfriend, began wooing Maja who was then Kim's best friend.

Kim and Maja have already patched things up. The relationship of Gerald and Maja already ended as well.

Angelica also admitted that she had a confrontation with her friend through a text message.

She recalled how she made the video that led to her nickname as Pastillas Girl.

In the course of her story, she suddenly compared what happened to her to the situation where Maja Salvador and Kim Chiu was before with Gerald Anderson.

Her comparison drew laughter from audiences and even from the hosts.

The noontime show hosts then volunteered to help Pastillas Girl find the new man who will help her move on.

The first guy was Topher, an audience member who was present during the adVice Ganda segment. 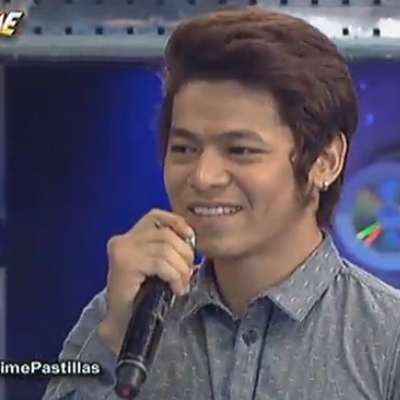 According to him, he was instantly attracted upon seeing Pastillas Girl.

The other one is “Bacolod Boy” Jessy, a guy from Twitter who really went to Manila just to meet Pastillas Girl. 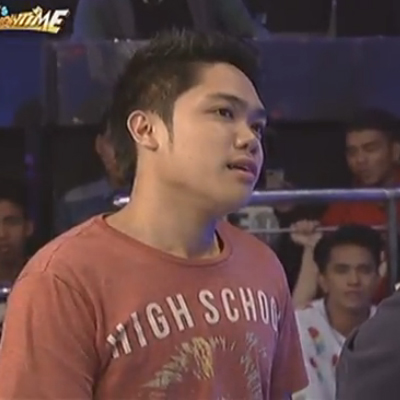 In the September 15 (Tuesday) episode of the show, it was seen that he was rushing just to get to the studio and see Pastillas Girl.

Earlier today, a mystery guy named Evan said he will appearing on the September 16 episode of Showtime to personally meet Angelica.

In her Twitter account, Pastillas Girl said she is flattered by all the attention being given to her.