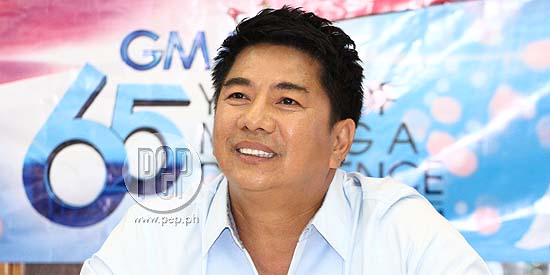 In the October 4 episode of Wowowin, TV host Willie Revillame announced that his program is no longer a blocktimer. Rather, it is now a co-production between GMA Network and his own company, WBR Productions.

Willie Revillame’s variety show Wowowin is no longer a blocktimer on GMA Network.

The TV host announced in the October 4 episode that his Sunday show is already a co-production of GMA-7 and his own company, WBR Productions.

He also added that this development is an answered prayer for him.

The TV host also thanked GMA bosses for co-producing the show with him.

After the episode, it was posted in Wowowin’s official Facebook page that the show is indeed now co-produced by GMA Network.

October 4!!!The time has come! Its OFFICIAL!!!WOWOWIN is a certified Kapuso Show!!!A Co-Production joint venture of...

It will be recalled that when Wowowin first went on air last May 10, WBR Productions was the sole producer of the show.

It was even rumored that the show will go off the air last July due to financial woes.

The 54-year-old TV host admitted last August that he has lost 50 million pesos because of the show.

However, he is very thankful to GMA Network that 15 minutes of airing time was added to the show's usual one hour running time.