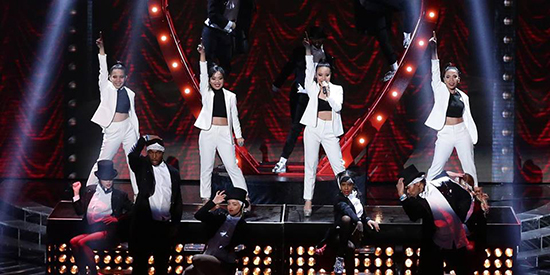 Filipino girl group 4th Impact survives another round of eliminations on The X Factor UK Season 12.

The group entered the Top 5 with fellow contestants Che Chesterman, Louisa Johnson, Lauren Murray, and Reggie ‘N Bollie. The announcement was made on Sunday night, November 22.

Before the eliminations night, 4th Impact impressed the judges—Simon Cowell, Rita Ora, Nick Grimshaw, and Cheryl Fernandez-Versini—and viewers of the show with their version of Christina Aguilera’s “Ain’t No Other Man.”

@4thimpactmusic getting ready to hit the stage like no other girl group. #XFactor

Over 25 category mentor Simon Cowell described their performance as “brilliant,” “professional,” and “sassy.” However, the renowned music talent scout challenged the members of the group to showcase more of their individuality during their performance.

Simon told 4th Impact, “Here’s my only thing which I would be doing now if I was your mentor, you have to bring out your individual personalities much more now.

“At the moment, it’s so tight, the four of you. I kinda want to get to know you as individuals and I don’t think you’ve given the song yet to get that over.”

Groups category mentor Cheryl Fernandez-Versini backed up her song choices for the group and said, “I haven’t been given the theme.”

Simon answered back by saying, “What? You can’t pick a song with this theme. That’s a poor excuse…”

He continued with his comments for the Pinay girl group and said, “But I really like you, but I think to go to the next level, you’ve got to be known as A, B, C, D.

“We got to know who you are. Apart from that, it was great.”

Boys category mentor Nick Grimshaw was impressed to see the group’s sassy side. He said, “That was proper entertainment from beginning to end. That was really great.

“I think, sometimes you’re so sweet. It’s like candy floss and it’s like sweet and fluffly and airy but tonight felt a bit like meaty, a bit nasty. And I liked it! It was really, really entertaining. Well done girls, it’s great!”

Girls category mentor Rita Ora felt like she’s also a member of 4th Impact. “I thought it was tight, it was professional, it was rehearsed.

“I mean, Cheryl and I know how hard it is to sing and dance at the same time and I looked like the 5th member so I think, I liked it!”

Cheryl told the aspiring singers, “They only got it yesterday and I think because they’re so professional and they’re so tight always, sometimes it’s easy to overlook the fact that they come from halfway across the world.

“They’re all the way from Philippines, they’re missing home and their family.

“I have so much respect for you girls every week, getting up there not in your country, not speaking your language, not having your home come first and stand in there like four professionals do and perform like stars.”

Maison Noise was eliminated right after the live shows for getting the least number of votes.

Anton Stephans went head to head with Che Chesterman during the Sing Offs. In the end, Anton was second act eliminated from the competition after getting three votes from Rita, Cheryl, and Nick based on their performances.

The announcement was revealed by Seann’s mentor Nick on the show Xtra Factor last Saturday night.