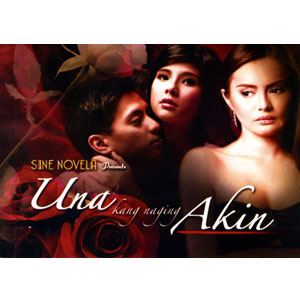 
A young man proposes marriage to his girlfriend but afterwards loses his memory because of a helicopter crash. He is later assumed to be dead but in reality, he was able to survive the crash through the help of a marine biologist whose daughter helps the young man recover. In the process, the crash victim develops feelings for the young girl and even fathers a child with his new love.

However, fate intervenes and the man recalls his past life prior to the crash. How can he deal with two women in his life?

Tragedy strikes when the helicopter that Nick is riding suddenly crashed in a remote island. A body is found in the crash site but it turned out to be Nick's officemate whose name was not listed in the passenger manifesto. The "death" of Nick caused great grief to Vanessa since she was already betrothed to be married to the young man.

On the remote island, Nick meets Dr. Modesto Mallari (Ricardo Cepeda), a marine biologist. Because of his memory loss, Nick introduces himself as Darwin.

Dr. Mallari takes Darwin to his home where he introduces his daughter, Jessa (Maxene), a beautiful painter. Darwin admits that he cannot recall his past and Jessa initially doubted his story. However, as time passed by, the two developed feelings for each other and have a child together.

Darwin becomes involved in another accident that triggers the return of his past memories. He remembers that he is a wealthy businessman named Nick who is about to marry his beloved girlfriend Vanessa. With the return of his memory, Darwin's identity as well as Jessa and their child no longer exist in Nick's recollection.

Will Jessa allow her husband to forget her and their son? Or will she have the courage to fight for what she thinks is rightfully hers? What will Vanessa do to keep Nick with her for good? How will she deal with Jessa and her son? Will Jessa's love for Darwin cause Nick to remember their marriage? And who really has the right to have Nick/Darwin? Is it Vanessa, the woman he first loved or Jessa, the woman who bore his firstborn son?

Other cast members include Alfred Vargas as Ronnie, the young man who is in love with Jessa; LJ Reyes as Liway, Jessa's half-sister who is also in love with Ronnie; Gina Alajar as Luisa, the estranged mom of Jessa and stepmother of Vanessa; and Raquel Villavicencio as Doña Margarita Soriano, Nick's arrogant mother.

Playing a pivotal role in the teleserye is Mel Martinez as Eli Solis, the manager of Jessa. Portraying relatives of Jessa are Jim Pebanco and Gilette Sandico as Tiyo Anding and Tiya Agnes.