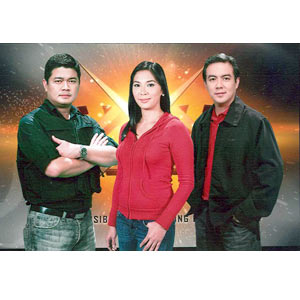 "People must learn to take heed of the problems surrounding them. The moment these complaints reach us we will definitely investigate the matter and take the necessary action," said Alex who is dubbed as the ‘Bantay ng Bayan.'

"As the ‘bantay ng bayan,' I will get to the bottom of things and recommend solutions to address the problem," promised Alex.

Pinky, who is tagged as the "Sumbungan ng Mamamayan," has earned public recognition for her fearless and incisive reportage on important national stories like the Manila Peninsula siege and the International Emmy-nominated Subic Rape Case Trial Promulgation episode in Bandila.