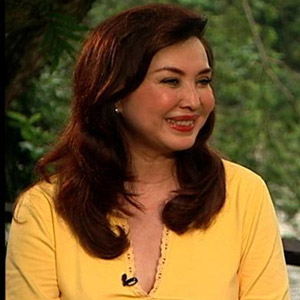 Cory Quirino will be featured on the September 3 episode of I Survived to share how she has moved on from the trauma brought about by her abduction in 1995.

Cory Quirino has been in the broadcasting scene since the 1980s. She is the third child of Tommy Quirino and Conchita Rastrollo. She is also the granddaughter of the late Philippine president Elpidio Quirino.


In 24 September 1995, Cory, her driver, and her wardrobe assistant were kidnapped in Lake Caliraya, Laguna. It was during her shoot for her former show, Citiline, that the abduction happened. Her first plan was to stay overnight in the place but she decided to go to a dinner invitation in Makati.

After the incident in Quezon National Park, they went straight to a resort in Camarines Norte. While staying there, Cory convinced one of the kidnappers (Commander Joey) that she can give all her money to them from her ATM card. Cory, her wardrobe assistant, Commander Joey plus one kidnapper went to the ‘bayan.' Commander Joey was not convinced that they can get all her money from the ATM card so he insisted that they just go to the main branch of the bank in Alabang.

On the way to Alabang, rain poured hard and they crashed in a coconut tree. Helen was badly hit in the head. The kidnappers planned to hijack a car. They blocked a van and were able to hitch a ride. Mr. Magistrado, his wife and son were the passengers in the van.

They went to a clinic but since it was just a small clinic the doctor could not help Helen. While they were about to go, Mrs. Magistrado told Cory that she forgot Cory's umbrella. Cory went back to the clinic. She secretly told the doctor that she was Cory Quirino and they were kidnapped.

After ten minutes, there was a road block. There were police ready to rescue Cory but the kidnappers insisted not to go down. They rammed the barricade. But when they reached the 2nd road block, the kidnappers ran and left Cory Quirino behind.


Be there as Cory Quirino personally recounts her vicious abduction and her survival with Ces Oreña Drilon on I Survived this Thursday (September 3) after Bandila on ABS-CBN.