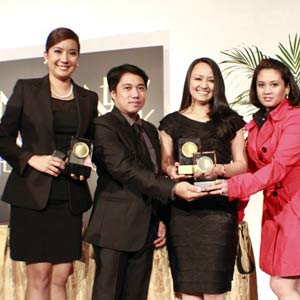 "Months before electing the next Philippine president, GMA News trekked remote villages to seek what forgotten Filipinos really need from the country's next leader—all captured in a "truth journal." Through letters addressed to the next president, the journal carried the hopes and dreams of Filipinos from the 10 poorest provinces in the country. It was later passed on to President Noynoy Aquino.

"The I-Witness episode "Paraisong Uhaw," hosted by Kara David, took viewers to Sampad, Masbate and Barangay Rizal where residents are in dire need of safe, clean water. This eye-opening documentary tapped into the lives of people who have no access to a most basic resource. Kara David and the I-Witness team met a family whose only resort is to dig the ground with their bare hands for muddy drinking water. Other residents, on the other hand, have no choice but to mix their baby's milk formula with water that's dirt-brown. It is this raw reality that created an impact on many. After the episode aired, eleven water wells have been built for the community through the generosity of viewers.

"Lupang Hinirang, from GMA Network's Program Support Department/Creative Services Division, is the riveting cinematic version of the Philippine National Anthem featuring some of the Network's biggest stars. The two-and-a-half minute music video tells Philippine history through a series of stunning recreations of historical events, from the Battle of Mactan to the 1986 People Power Revolution in EDSA.

"Born To Be Wild's "The Born Expeditions Finale," hosted by Doc Ferds Recio and Kiko Rustia, is the unforgettable ending of the very first "Born Expeditions" special. The "Dragon Hunt" segment followed Doc Ferds and his team on a hunt for the newly discovered lizard species—the elusive bitatawa. "Humpback Saga," on the other hand, featured the first full length documentation of humpback whales by local media.

"One of the most prestigious TV and film awards in the world, the New York Festivals is now on its 54th year of honoring the best of the best in television and motion pictures. This year, TV stations and film outfits from more than 35 countries submitted their entries."