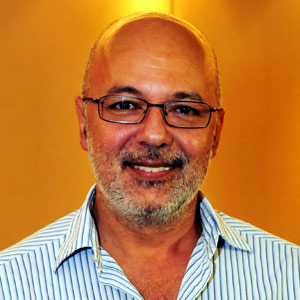 Michael de Mesa (in photo) put his U.S. job on hold to be part of this series starring JC de Vera and Oyo Sotto.

"After two decades, TV5 brings back the most loved and the most talked about drama series on television: Valiente. A captivating story that will put to test the value of friendship and love and unravel a deeply kept secret of two families, this remarkable drama is topbilled by the most respected actors and actresses of the country who will give justice to each of the unique characters in the story.

"Michael De Mesa, the acclaimed actor who played the role of the original Valiente, returns to the country to be part of the project. He left the country in 2009 to live in the U.S., where he now works as a marketing personnel. In October 2011, he received an offer to play a major role in TV5's upcoming remake of Valiente.

"According to him, he said yes to the project because he's close to the production people behind Valiente, though there was one factor he considered a challenge before he made his decision to return to the Philippines. "It was hard kasi recession sa States. Everybody values their job and I feared that if I left for a long time, baka mawala yung work ko dun... But then, when I spoke to my boss, it was a good thing that he understood naman. That was the sign that I was waiting for: kapag pumayag siya, then I'd really push through with TV5's Valiente."

"Michael admits that he feels flattered that the production team still considered him to be part of such a big cast. In the new Valiente series, he gets to work with Jaclyn Jose and Mark Gil. He also gets to reunited with Gina Alajar, John Regala, Oyo Sotto and director Joel Lamangan.

"For JC De Vera, who is now the Valiente of the new generation, Michael gives this piece of advice: "Always be serious with your craft, never stop learning, and always keep your feet on the ground."

"Michael will be playing the role of Damian Valiente, the trusted worker in Hacienda Braganza and the one who serves as Gardo's (JC De Vera) father. Valiente makes its exciting comeback this February on TV5."