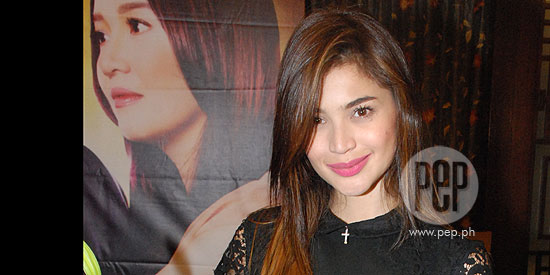 “It was really [meant] towards Vice, it was a joke,” said It’s Showtime co-host Anne Curtis in her brief apology to fellow Kapamilya star Maja Salvador.

Anne apologized for making a joke, which might have offended the Ina Kapatid Anak actress, during the “Sine Mo ‘To” segment of It’s Showtime yesterday, January 23.

In the role-playing segment of the ABS-CBN noontime show, Vice was singing with one of the male performers selected from the audience.

Because of her actions yesterday, Anne took the opportunity to say sorry to Maja during the “Sine Mo ‘To” segment today.

“It was really [meant] towards Vice, it was a joke.

The Budoy actor is the former boyfriend of Kim.

Kim was obviously referring to Maja, who served as a shoulder-to-cry-on when Kim was healing from her breakup with Gerald.

Maja, on the other hand, said that Kim knows everything about her and Gerald.