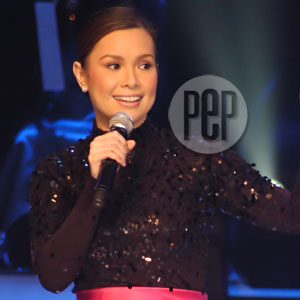 Lea Salonga will play her second role in the Broadway production of Les Miserables. She was Eponine the first time, now she will portray Fantine.


The international star and the Philippine's pride, Lea Salonga, is set to return to Broadway in the revival of Les Miserables. The Tony Award-winning star of Miss Saigon will replace Daphne Rubin-Vega as Fantine beginning March 6.

This is actually the second time for Lea to appear in Les Miserables. The singer-actress played Eponine in the original Broadway production of Les Miz in 1993, right after leaving Miss Saigon.

No less than Les Miz producer Cameron Macintosh, who also produced Miss Saigon, announced that Lea "would be part of the production through at least the summer of 2007."

Lea first gained international stage stardom at age 17 when she was chosen—among thousands who auditioned around the world—to play the coveted role of Kim in the 1989 London production of Miss Saigon. For her performance in the Mackintosh-produced musical, Lea won an Olivier Award for Best Actress. When she reprised her role on Broadway, she went on to win a Tony Award.

The Filipino singer-actress returned to Miss Saigon twice during the almost 10-year run of the production. Lea has the distinction of being the first Asian actress to portray Eponine on Broadway in Les Miserables.

Lea's last Broadway appearance was in 2002 when she starred in the revival of The Flower Drum Song.

She has also served as the singing voice of two Disney characters: Jasmin in Aladdin and the title character in Mulan.

Aside from releasing several albums, she has also appeared in U.S. television. Some of her appearances include the 1993 Oscar Awards where Aladdin's "A Whole New World" won as best original song, the TV movie Redwood Curtain with Jeff Daniels, a guest-starring role on ER, and a recurring role on As The World Turns.

The international star, who will turn 36 on February 22, had her first U.S. concert tour in 2005 which culminated in a sold-out performance at Carnegie Hall.

Lea married Chinese-Japanese Robert Chien, managing director of an entertainment software company, on January 10, 2004. Their daughter, Nicole Beverly, was born on May 16, 2006.