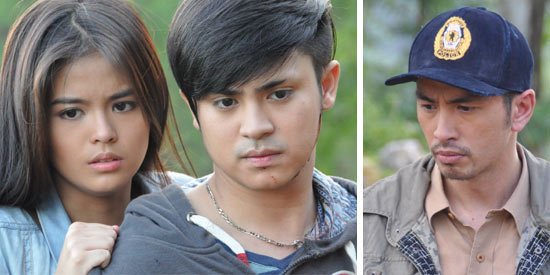 While the movie is pegged as an suspense-adventure movie, Somes also promises to show a love story depicted by its main actors, young love team Jake Vargas and Bea Binene.

At the movie press conference, he told reporters that he did not have a hard time working with the real-life young lovers.

“For me, as a director, what's exciting about directing a love team is it's always parang first time, na parang noong high school.

During the press conference, the young Kapuso couple admitted having a problem in their relationship. But Somes said he did not observe any tension between them while they were filming the movie.

Somes, the director behind the critically acclaimed action-horror film Yanggaw and the horror film Corazon, believes that Liwanag sa Dilim will click among moviegoers even though it is opening on Valentine's week.

He then concluded, “It's really a well made film, and I'm very proud of that.”