BATTLE OF LAVINIAS: Who best delivered the line “You’re nothing, but a second rate trying hard copycat!”? 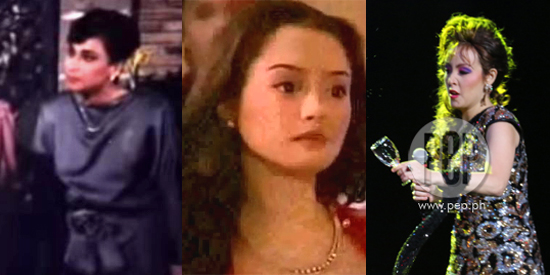 Cherie Gil (left) played the original Lavinia Arguelles in the 1985 film version of Bituing Walang Ningning. Angelika dela Cruz (middle) and Cris Villonco (right) reprised the roles in TV and Theater, respectively. They had different takes with the role, but they all said the iconic line: "You're nothing, but a second rate trying hard copycat!"

“You’re nothing, but a second-rate trying hard copycat!”

This was the line made famous by primera kontrabida Cherie Gil in the 1985 movie adaptation of Bituing Walang Ningning starring the Megastar Sharon Cuneta and Christopher de Leon.

She played Lavinia Arguelles, the popular superstar adored by Dorina Pineda (Sharon) who later on became her bitter rival to stardom.

Twenty-one years after, because of its popularity and recall, the popular dialogue was included in the television adaptation created by ABS-CBN, with Sarah Geronimo playing Dorina and Angelika dela Cruz saying the iconic line.

Originally, the line was not part of the script. Rather, it was an ad lib to further intensify the scene.

Indeed, this wine-splashing scene has spawned many imitations in Filipino comedy shows, and even in the present-day Dubsmash videos.

This 2015, controversy sparked anew when Cherie (on behalf of her legal counsel) sent a Cease and Desist Letter to stop the musical from using the line: “You’re nothing, but a second-rate trying hard copycat!” Cherie claims that the line is her intellectual property.

However, according to VIVA, there is no basis for Cherie’s claim, since they own the movie’s copyright.

Let’s look back on the three actress who portrayed Lavinia Arguelles and their takes on the famous wine-splashing scene.

Lavinia (Cherie Gil) was invited to the launch as a guest of honor. Despite her hesitations, she decided to grace the event.

During the launch held in a garden, Dorina, wearing a red dress, dedicated and performed one of Lavinia’s hits, a rendition of “I Just Called to Say I Love You.”

During the performance, it can be seen that Lavinia is not pleased by how Dorina performs her song.

After the number, Dorina goes down the stage and asks her idol, “Nagustuhan mo ba?” 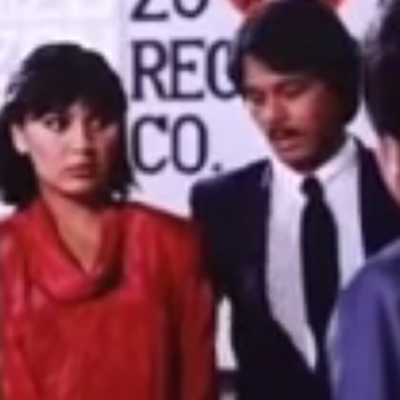 Lavinia then stood up and slowly uttered the line, “You’re nothing, but a second rate trying hard… copycat!” 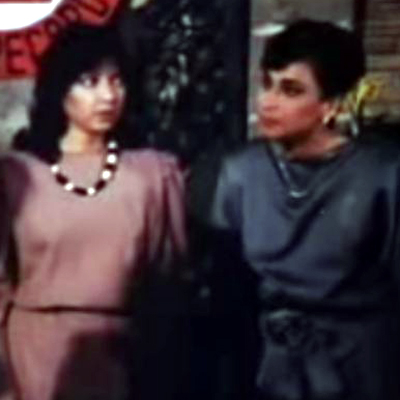 Lavinia then splashed a glass of white wine on Dorina’s face!

The scene left Dorina stunned, not believing that her idol can actually do that to her.

The movie was directed by Emmanuel Borlaza, from a screenplay by Orlando Nadres.

TV VERSION. In the TV remake of Bituing Walang Ningning, directors Erick Salud, Jerome Pobocan and writer Reggie Amigo decided to change some of the original elements to fit the medium and the time setting.

The 2006 musical teleserye was set up in a function room. Dorina (played by Sarah Geroniomo) was also launched as the newest recording star of Zoni Records (with Mico Palanca playing Zosimo and Ryan Agoncillo playing Nico). One difference is that Dorina is a reality show contest who participated in Search for a Star in a Million.

Lavinia (Angelika dela Cruz) also made an appearance during the launch.

This time, it was Lavinia who wears a long red gown while Dorina wears a light pink gown.

The reality show alumna performed Lavinia’s hit “Dito Ba?” Just like in the movie version, Dorina approached her idol and asked if she liked it.

Lavinia looked around the venue before giving her answer.

At this moment, Dorina is already teary-eyed, with a mix of anxiety and shock seen in her face. 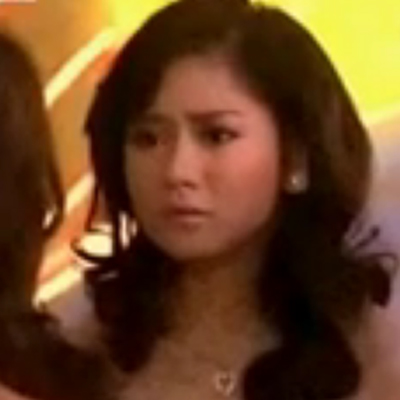 But Lavinia does not care even though she’s already hurting her fan. She even stood up and delivered more hurtful words (which were not part of the movie). 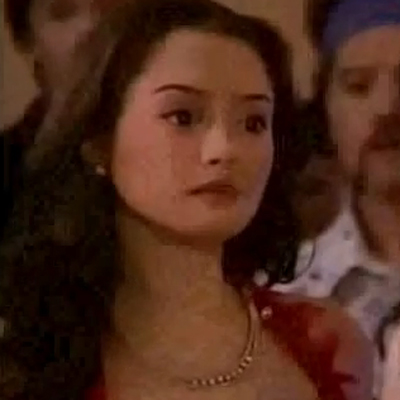 Everyone in the function room was waiting to see what would happen next.

To add insult to injury, she immediately splashed a glass of red wine on Dorina’s face.

THEATER VERSION. The 2015 musical, directed by Freddie Santos, maintained some of the elements present in the movie, but Cris Villonco gave a different treatment to the kontrabida character.

In the event, Dorina sang Lavinia’s hit “Magandang Hatinggabi.” She turned it into a ballad, as opposed to Lavinia’s original dance version.

As expected, Lavinia isn’t happy with what she had just heard.

If previous versions, it was Dorina who approached Lavinia.

The musical did the opposite since Lavinia, in a tipsy state, stood up and went on stage bringing her glass of wine.

Dorina was so happy that her idol even bothered to go up on stage. She then asked if Lavinia liked her performance.

Unfortunately, the fan was crushed by what she heard from her idol.

Previous versions featured Lavinia and Dorina facing off, eye to eye, face to face, as close-ups were maximized in the movie and TV versions.

On stage, however, there are no closeups, hence Lavinia was made to circle around Dorina as she delivered her dialogue.

Her tone was full of hate as she delivered the line: “You’re nothing, but a second-rate, trying hard copycat!” 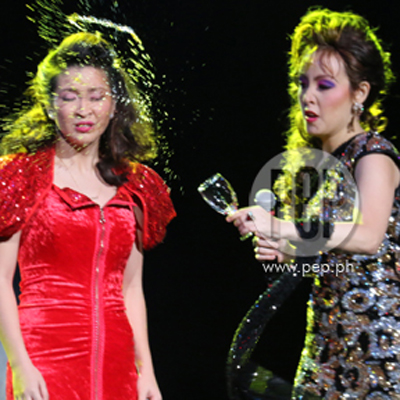 She then splashed a glass of wine on Dorina’s face for everyone to see!

Nico, of course, came to the rescue.

To date, theatergoers will continued to see this iconic scene, as Cris previously said that she will continue delivering the famous line as long as there is no court order issued.

READ: Cris Villonco to continue using Cherie Gil's famous line in Bituing Walang Ningning, The Musical "as long as there is no court order"

PEPsters, who do you think is the better Lavinia Arguelles: Cherie Gil, Angelika dela Cruz or Cris Villonco?