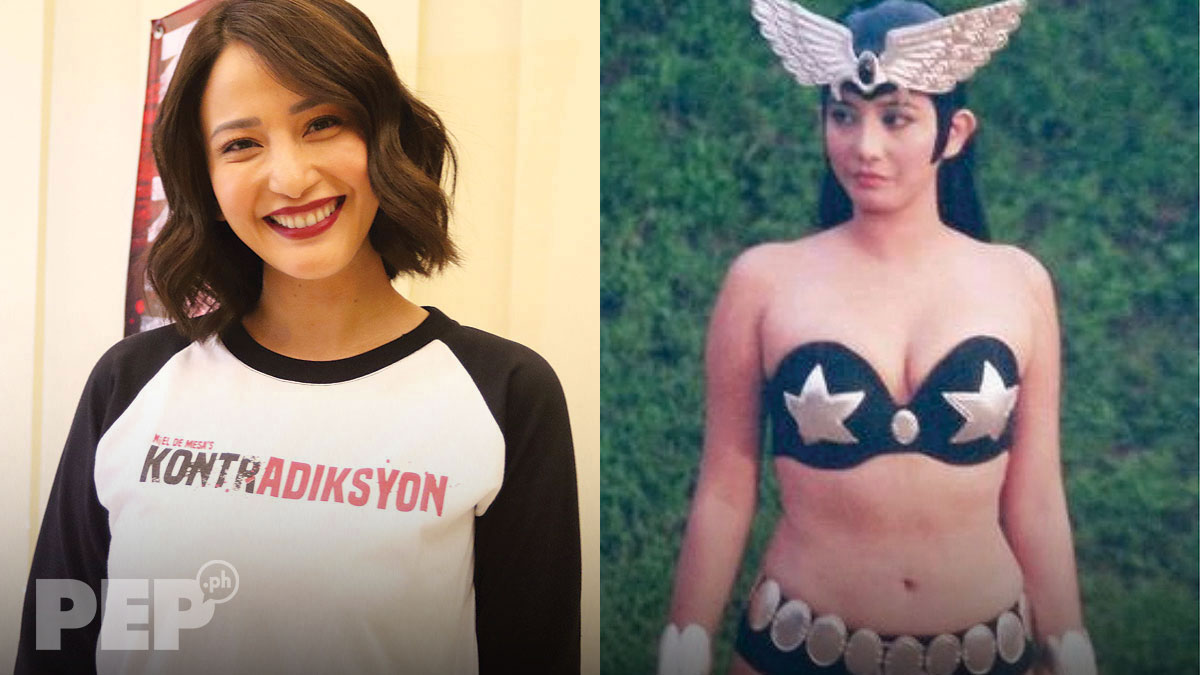 Katrina says Nadine Lustre is fit to portray Darna on the big screen. Katrina was previously part of the two Darna teleseryes that aired in GMA-7. In 2005 version, she portrayed Black Darna (right photo) and in 2009, she portrayed Valentina, Darna's archnemesis.
PHOTO/S: Noel Orsal / Photo from the Internet

For GMA-7 actress Katrina Halili, ABS-CBN star Nadine Lustre is the perfect actress to portray the Filipina superhero Darna on the big screen.

ABS-CBN, which now holds the franchise of the superheroine character created by Mars Ravelo, has yet to name the actress to take on the much-coveted role to be brought to the big screen.

As a matter of fact, the network even announced recently that they are holding an audition to choose the actress who will play the part.

Katrina, 33, had been part of the cast in the two earlier Darna TV adaptations that were aired on GMA-7 in the past years.

And in both versions, Katrina portrayed the main antagonist.

In the 2005 Darna, which was topbilled by Angel Locsin, Katrina portrayed Black Darna, the antithesis of the good-hearted superheroine.

Then in 2009, in another teleserye version which starred Marian Rivera, Katrina portrayed Serpina, a snake woman, who eventually turned out to be Valentina, Darna’s archnemesis.

Even Katrina admits that she feels excited to find out who the next Darna will be.

In May 2017, ABS-CBN announced that Liza Soberano was chosen to be the next Darna.

But this April, 2019, a tearful Liza announced that was withdrawing from the project because of an injury.

August 2018, while shooting for the now-defunct ABS-CBN teleserye Bagani, Liza injured her right index finger, which prevented her from her preparations for Darna.

Initially, Angel Locsin was tasked to reprise the role of the pop culture icon but announced in 2015 that she would not be fit to portray the character anymore because of her spinal injury.

KATRINA IS BACK IN ACTION

Meanwhile, Katrina is back to doing action again in the movie KontrAdiksyon, which also stars Jake Cuenca, Kris Bernal, Ritz Azul, and many more.

Katrina is portraying a police officer and was required to do fight scenes.

For her role, Katrina says she had to make physical preparations and learn self defense, such as muay thai, aikido, and firing.

KontrAdiksyon opens in cinemas on June 26.