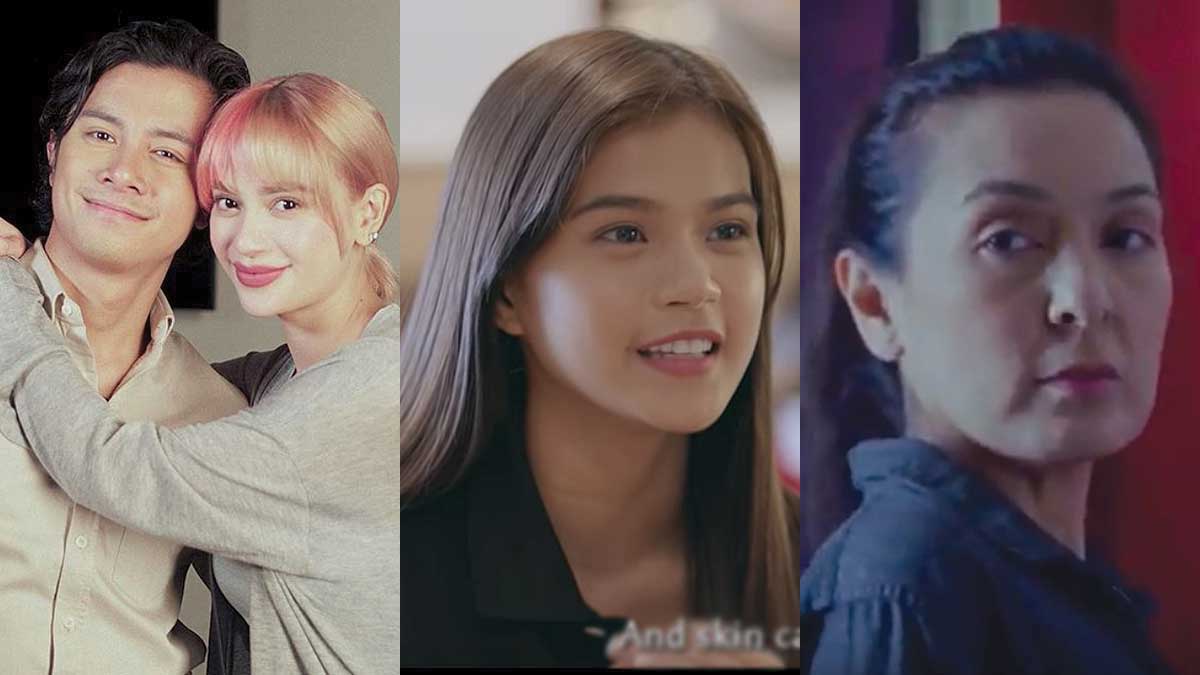 The official entries of the 2019 Pista ng Pelikulang Pilipino (PPP) have already been revealed.

These four films will be joining the first three entries that were announced last March, namely Cuddle Weather, The Panti Sisters, and LSS.

In addition, there are three full-length films that are part of the Sandaan Feature Showcase.

These are Circa, Lola Igna, and Pagbalik. They were picked in line with the celebration of One Hundred Years of Philippine Cinema.

The chosen films will be shown from September 13 to 19, 2019 in all cinemas nationwide.

In this roadtrip barkada movie, a series of good times, bad times, cherished bonding moments make these young boys realize the value of love, friendship, family and life as they seek to cross out a bucket list.

This movie features ABS-CBN stars Maris Racal and Inigo Pascual, who are collectively known as MarNigo.

It tells the story of a girl, who is so intent on becoming a well-known social media influencer to the point of becoming pretentious.

This movie tackles a concern that is relevant these days: the young generation putting more value on how they are being perceived by the society.

The movie is the first directorial job of of Boy 2 Quizon under Spring Films. Producer Niel Arce chose Boy 2 to direct this film.

Seasoned actress Jean Garcia will be headlining this action movie, where she portrays the role of Luciano, a contract killer.

Jean underwent intense gun shooting and defense lessons to prepare for her role.

The movie is produced by Greenlight and CineBandits Entertainment.

ABS-CBN stars Arci Munoz and JC Santos will be top-billing this movie, which is produced by T-Rex Entertainment and will be directed by Andoy Ranay.

The movie focuses on "open relationships" a topic that is considered taboo and clandestine, but nevertheless exists.

Other actors in the film include Nikki Valdez, Aexa Ilacad, and Vance Larena.

In an interview, Ranay revealed that casting for the movie took awhile because the topic of the movie is sensitive.

He added that he wanted intelligent and brave main actors and believes that Arci and JC are perfect for the roles.

Dona Atang, a once celebrated film producer from the earlier years of Filipino cinema, celebrates her one hundredth birthday. For her wish, she wants a reunion with all the actors and staff that she has worked with in the past.

(To learn more about its inclusion in Cinemalaya 2012, CLICK HERE)

In 2018, Lola Igna was chosen as one of the official entries of the 2018 TO Farm Film Festival Philippines. However, it got pulled out again.

Lola Igna is a foul-mouthed and stubborn woman who is eager to die but her neighbors are hung up on her winning the title "oldest living grandmother in the world." Her long-lost great-great grandson, Tim, an inspiring vlogger who wants to latch on to his now-famous grandma ends up giving her a new reason to live.

After working abroad, the 50-year-old Rica comes home to stay with her 85-year-old mother Choleng. She learns what her mother has done all these years when she was working abroad.