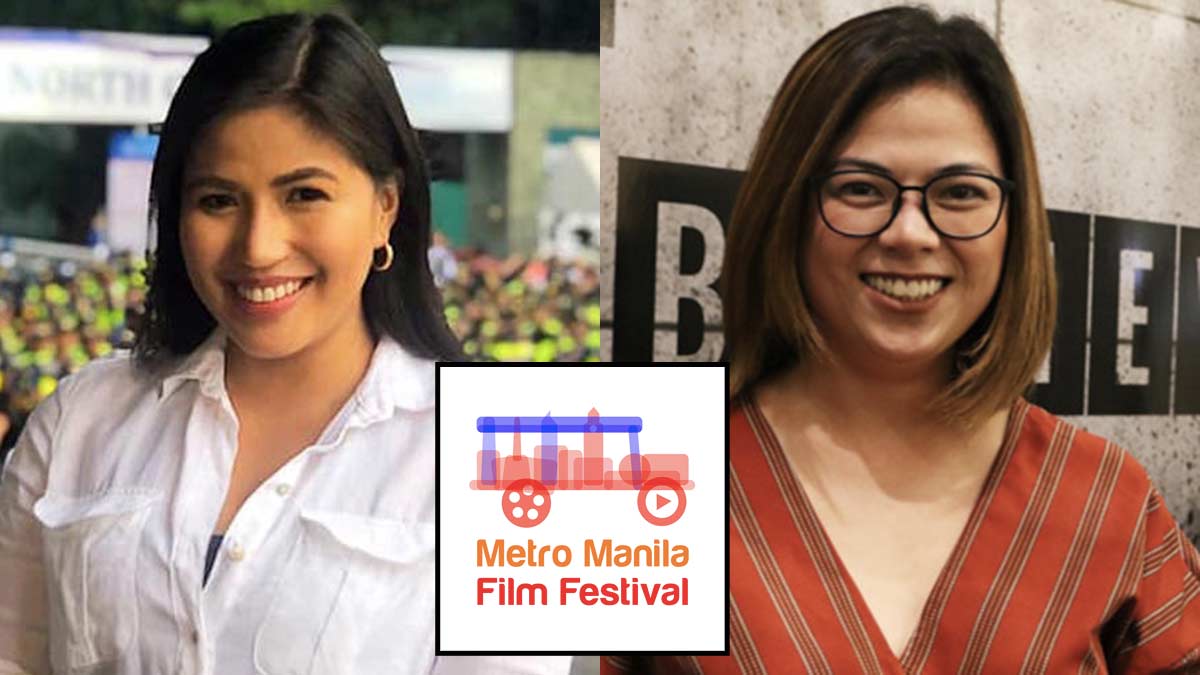 Should the Metro Manila Film Festival come under the Film Development Council of the Philippines?

This is the proposal of FDCP chair Liza Diño-Seguerra.

The annual MMFF, held every Christmas, is presently managed and executed by Metro Manila Development Authority.

But when it was conceived in 1975 until 1985, it was held every September, and was handled by Movie Workers Welfare Foundation (Mowelfund).

Initially called Metropolitan Film Festival, it was formed to give local movies a run of movie theaters free from competition from foreign films. Its name was changed to MMFF in 1977.

In a Facebook post dated July 20, 2020, MMDA Spokesperson Celine Pialago uploaded a copy of the FDCP letter-proposal, titled “EXPAND THE LENGTH AND THE SCOPE OF THE METRO MANILA FILM FESTIVAL, AND TO TRANSFER IN THE FUTURE THE CELEBRATION IN THE HANDS OF THE FILM DEVELOPMENT COUNCIL OF THE PHILIPPINES.”

Addressed to the Office of the President, the proposal begins with FDCP’s request to give MMFF a full two-week run in cinemas nationwide.

FDCP then recommends that a study of the MMFF’s “reconstitution” be made "in the future," for the improvement of the organization and its “governing committee.”

The proposal reiterates FDCP’s function to “formulate and implement policies and programs to upgrade the craft of filmmaking.”

Also a function of the FDCP, the proposal says, is “creating and empowering film festivals,” and therefore, FDCP concludes, "it is only natural” for the MMFF to be transferred to the eight-year-old government agency.

The proposal also mentions that the main function of the MMDA is the “planning, monitoring, coordinating functions, and exercising regulatory and supervisory authority in the delivery of metro wide services within Metro Manila.”

The mandate of MMDA “does not include any reference to films and filmmaking in general,” the proposal says.

Therefore, according to the FDCP proposal, this makes the transfer of the MMFF to FDCP “inevitable.”

She also suggests that the FDCP improve its own local film festival, the Pista ng Pelikulang Pilipino, before taking on a far bigger festival like the MMFF.

PEP.ph (Philippine Entertainment Portal) has asked Diño, through Facebook Messenger, for her response.

At press time, PEP.ph has not received a reply from the FDCP chair.

This is not the first time the two government agencies have tangled because of the Metro Manila Film Festival.

In 2019, Senator Bong Go, who is also a member of the MMFF executive committee, brought up the idea of holding a summer edition of the annual film festival.

FDCP's Diño expressed her intention of submitting a proposal to Go.

But, as early as then, the MMDA released a statement saying it is the only agency responsible for crafting rules for a second MMFF.

The MMDA statement read (published as is):

“The Metro Manila Film Festival under MMDA acting on the proposal of MMFF Executive Committee Member Senator Bong Go that a 2nd MMFF be held in support of the film industry will meet today to craft the rules for the MMFF Summer Film Festival.

“Sen. Bong Go's office confirmed that a staff will attend the meeting. A genuine consultation with stakeholders particularly cinemas and producers will be held to finalize the rules.

“Sen. Bong Go's proposed 2nd MMFF is already on the agenda of the Metro Manila Council meeting on July 25, 2019 as a successful film festival needs the support of the the Mayors.

“As the name suggests, MMFF whether a Summer Film Festival or whatever season, like its long-running successful predecessor during the Christmas Holidays, will be under the MMDA/MMFF Execom and no member of the Execom or anyone for that matter can represent MMFF except its recognized Chair Danilo Lim.

“Let it be clear that FDCP is just one of the many bodies respresented in the MMFF Execom that ensures its efficient discharge of its mandate. So a second one or any offshoot will be under the MMFF Execom headed by the MMDA Chair."

Following the release of the MMDA statement, Pialago posted a status on Facebook addressing Diño.

She wrote (published as is): “Hi Madam Liza Diño-Seguerra, I think this is too much, we all know how you always pre empt the activities of MMDA-MMFF, whats worse you now want to make it appear that Sen Go’s suggestion of holding MMFF twice a year is part of your FDCP’s film policy. Can we give credit to whom it is due? #notocreditgrabber #notosobrangepal"

The Metro Manila Summer Film Festival was launched in early 2020, and its opening day was slated for April 11, 2020. This has been postponed indefinitely because of the COVID-19 pandemic.

On July 17, 2020, MMFF released the first four entries for the Christmas film festival based on script submissions.

Following is the proposal of FDCP (published as is).

“EXPAND THE LENGTH AND THE SCOPE OF THE METRO MANILA FILM FESTIVAL, AND TO TRANSFER IN THE FUTURE THE CELEBRATION IN THE HANDS OF THE FILM DEVELOPMENT COUNCIL OF THE PHILIPPINES.

“Historically, Metro Manila Film Festival is exhibited from every 25th of December to the 3rd of January. But due to the past successes of the festival, it’s been a normal practice to extend the festival to complete a full 2 weeks run all over the Philippines.

“Even with the proclamation’s limited length and scope, it’s been the festival’s practice as well not to limit the festival within Metro Manila. From the past, majority of the cinemas nationwide participate in the festival.

“To strengthen further the Metro Manila Film Festival, we request the need to formally extend and widen the scope of the celebration to a full 2 weeks run in all cinemas nationwide.

“Furthermore, a study on the reconstitution of its body be analyzed in the future to improve the organization and its governing committee.

“Established in 2002, the Film Development Council of the Philippines (FDCP) is created through the Republic Act No. 9167 with the three-fold mandate: (1) formulate and implement policies and programs to upgrade the craft of filmmaking; (2) encourage the production of films for commercial purposes intended for public entertainment that seek to enhance the quality of life, examine the human and social condition and contribute to the nobility and dignity of the human spirit; and (3) maximize the country’s comparative advantage as a location site for international movie and television making to generate income, promote tourism and enhance the image of the country abroad.

“In line with the mandate of the council, creating and empowering festivals are key component our agency assumes to use in fulfilling our role.

“Republic Act No. 7924 created the Metro Manila Development Authority (MMDA). Its main role is planning, monitoring, coordinating functions, and exercising regulatory and supervisory authority in the delivery of metro wide services within Metro Manila. Originally, its mandate does not include any reference to films and filmmaking in general.

“Ever since its creation in 1994, MMDA has been in the forefront of organizing the Metro Manila Film Festival (MMFF). It has its share of highlights and controversies.

“To stay true to the ideals of PROCLAMATION NO. 1533, the creation of the Metro Manila Film Festival enumerated by former president Ferdinand E. Marcos, and at the same time, empowering the Republic Act No. 9167, the creation of the Film Development Council of the Philippines (FDCP), we move that the transfer is but inevitable. Proclamation NO. 1533 states that ‘the cinema being a mass art and an effective tool of communications that influences the thoughts and changes the attitudes of people, should serve as a vehicle for moral regeneration, social development and cultural reawakening in the New Society.’

“It further reiterates its inception the importance of this festival as a ‘recognition of the value and importance of the local movie industry in the over-all developmental effort for the country, a fitting celebration to encourage quality film production both in substance and in form, as well as provide incentives to the performing arts and the technicians in the industry, is most opportune.’

“We are excited for this change and we see a bright future for the film industry and for our nation. As what the proclamation states, ‘the movies should depict seriously and artistically our history, traditions, cultures, aspirations and struggles as a nation through the lives of both men of renown and the men in the street or on the farm.’

“Let us take pride of who we are and what we represent, for we are of a great nation.”