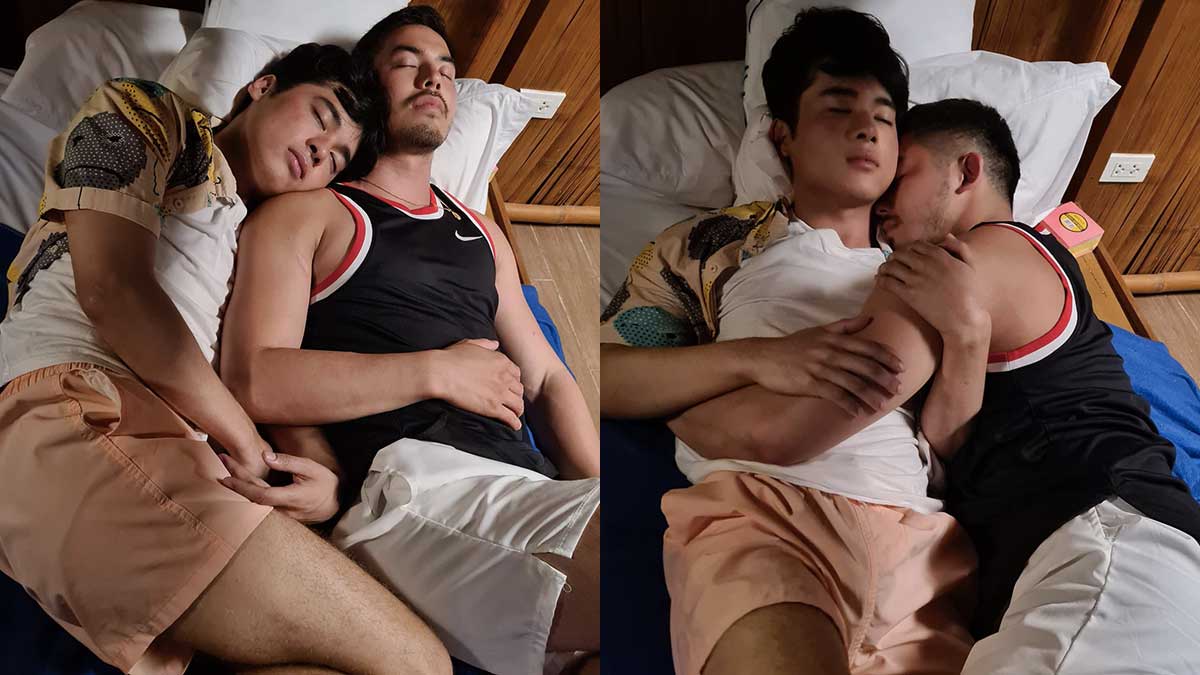 The photos of Tony Labrusca and JC Alcantara locked in embrace while sleeping surely got their fans “kilig.”

On December 26, 2020, JC posted outtakes of their hugging photo on his official Facebook page as teasers to their movie Hello, Stranger: The Movie.

Hello, Stranger is JC and Tony’s successful Boys Love (BL) series that was shown on Black Sheep’s YouTube channel in May 2020. A movie sequel will be shown this 2021.

Black Sheep, the producer of the series and movie, is a film outfit under ABS-CBN Films.

JC’s post currently has 28K reactions, mostly with “heart” emoticon from the fans of the Xavier-Mico love team, Tony and JC's respective characters in Hello, Stranger.

In his PEPLive interview on January 7, 2021, JC was asked about the story behind his photos with Tony.

JC said it was Dwein Baltazar, their director, who took the photo and uploaded it on social media.

It was in November 2020 when the whole cast and crew of Hello, Stranger were locked in for the shooting of the series.

Thrown in together for days during the shoot, JC and Tony became buddies and partners in crime.