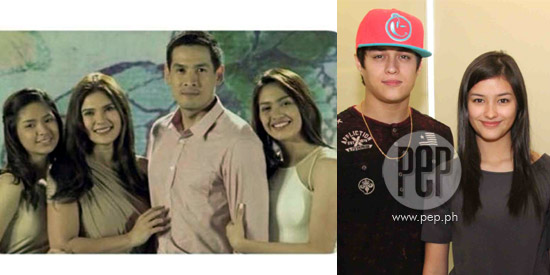 A powerhouse lineup of shows will thrill Kapamilya fans in the next few weeks. ABS-CBN recently launched its newest TV shows during its Kapamilya All Out trade concert.

The said concert featured performances from The Voice Kids champion Lyca Gairanod and Pinoy Big Brother All In winner Daniel Matsunaga, among others.

ABS-CBN News reports that there are five upcoming shows of the Kapamilya Network. They are:

First in line is Forevermore, which is topbilled by Enrique Gil and Liza Soberano. This primetime teleserye is about a rich young man (played by Enrique) who falls in love with a farm girl (played by Liza). Making a comeback in this teleserye is ‘80s singer Lilet who plays the mother of Enrique’s character.

A teaser of Forevermore was shown during the event. It shows scenic shots of the rice terraces. The character of Enrique is seen driving his top down sports car along the winding highway. It is interspersed with the image of Liza’s character who is sitting inside a truck. She is later depicted picking strawberries.

Three finalists of the recently concluded Pinoy Big Brother All In will star in the upcoming TV show Nasaan Ka Nang Kailangan Kita.

PBB Third Big Placer Jane Oineza will play the lead character in this show, which is also known as NKNKK. Jane started out as a child star when she was four years old. She was part of the kiddie gag show Goin’ Bulilit and was included in Star Magic Circle 2013. Jane was nominated for Best Actress at the 2013 New York Festival for her portrayal of a rape victim on Maalaala Mo Kaya.

Joshua Garcia and Loisa Andalio, who emerged as 6th and 5th on PBB All In, will also be part of this new teleserye.

In a previous interview on Aquino and Abunda Tonight, Loisa revealed that the three of them will form a love triangle in NKNKK.

Ricky Lee’s Nasaan Ka Nang Kailangan Kita depicts the story of a girl searching for her father. Denise Laurel and Christian Vasquez will also be part of this upcoming teleserye.

Nathaniel is another show to watch for as it features The Voice Kids Philippines grand champion Lyca Gairanod. The new show is about a (still-unnamed) boy with the supernatural ability to promote good.

Gerald Anderson, Shaina Magdayao, Pokwang, Benjie Paras, Ogie Diaz, Jairus Aquino, Sharlene San Pedro, and Jason Gainza are part of the cast of Nathaniel. Twins Fourth and Fifth Pagotan, who were former housemates of PBB All In, will also be part of this teleserye.

I Do is a reality show that features nine couples who will be competing in a series of challenges. The realiserye aired its pilot episode last Saturday, August 30.

The grand couple winner, which will be determined by votes, will take home a dream wedding package, a house and a lot and a cash prize of P1 million.

Actress Judy Ann Santos, who previously helmed the game show Bet On Your Baby, hosts the program along with comedian Jason Gainza.


(Read: Judy Ann Santos returns to hosting for I Do)

After the recently concluded The Voice Kids, The Voice of the Philippines Season 2 will see action this September. Coaches Bamboo Manalac, Sarah Geronimo, and Lea Salonga are expected to return to mentor the chosen contestants. As for the fourth coach, the show’s producers have yet to confirm Allan "apl.de.ap" Pineda’s participation.