Jin Macapagal wins as first ultimate BidaMan of It's Showtime 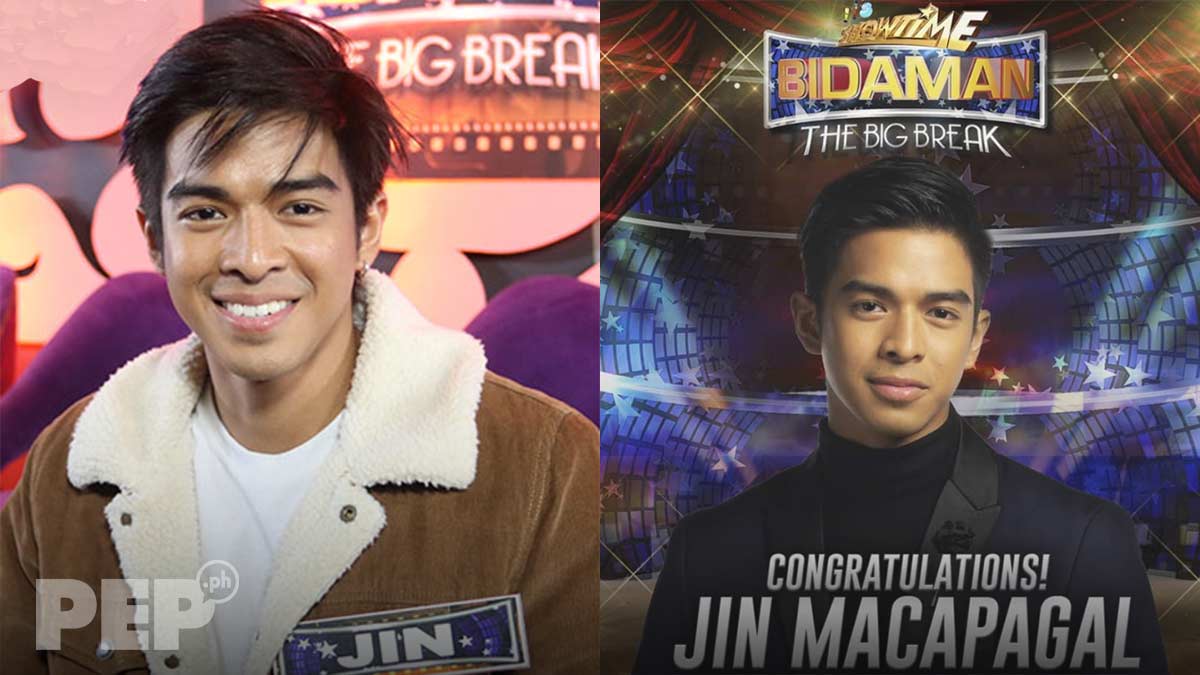 After five months of the search for the Ultimate BidaMan on It's Showtime, Jin Macapagal emerges as the winner and gets to take home PHP1M cash prize.
PHOTO/S: Noel Orsal / @itsshowtimena Instagram

Jin Macapagal is hailed as the very first winner of BidaMan, the search for the next leading man material in ABS-CBN's noontime show It's Showtime.

Out of the 21 finalists who made it to the grand finals today, August 10, Jin wowed the celebrity judges with his final performance where he performed a dramatic monologue about being reunited with a long-lost father.

Jin won PHP1 million for his cash prize as well as pick-up truck; while Eris Aragoza and Jiro Custodio took home PHP100,000 each as consolation prize.

At the end of the competition, Jin garnered a total score of 8.9. Meanwhile, Eris was given a score of 8.6, while Jiro got 8.3.

Jin was known to have joined the 2016 ABS-CBN reality show Pinoy Boyband Superstar, but he only reached the mid rounds at the time.

All of 21 BidaMan finalists were able to showcase their talents in either singing or dancing before they were trimmed down to Top 12, Top 6, and ultimately to Top 3 Finalists.

Those who made it the Top 6 BidaMan Finalists were Jin, Jiro, Eris, Yuki Samamoto, Ron Macapagal, and Dan Delgado.

After their names were called, It's Showtime host Vice Ganda joked about how they will replace the all-male group Hashtags in It's Showtime.

Then Vice took back his joke and went on to assure the Hashtags members that they are valuable to the show.

Vice was referring to the all-male group Hashtags in It's Showtime.

For the talent portion, the Top 6 BidaMan contestants were each given a two-minute impromptu acting test together with a designated female celebrity as their leading ladies.

Both Eris and Jiro stood out in their performance as they were able to deliver a dramatic scene that required them to be emotional and even shed tears.

Eris, Jiro, and Jin made it to the Top 3 BidaMan finalists whose talent for acting was put to the test again.

Each of them were tasked to deliver a monologue.

Both Jiro and Jin chose to perform a dramatic monologue about confessing their feelings to a special girl.

Jin chose a monologue about confronting a fictional father who abandoned their family but is now asking for his forgiveness.