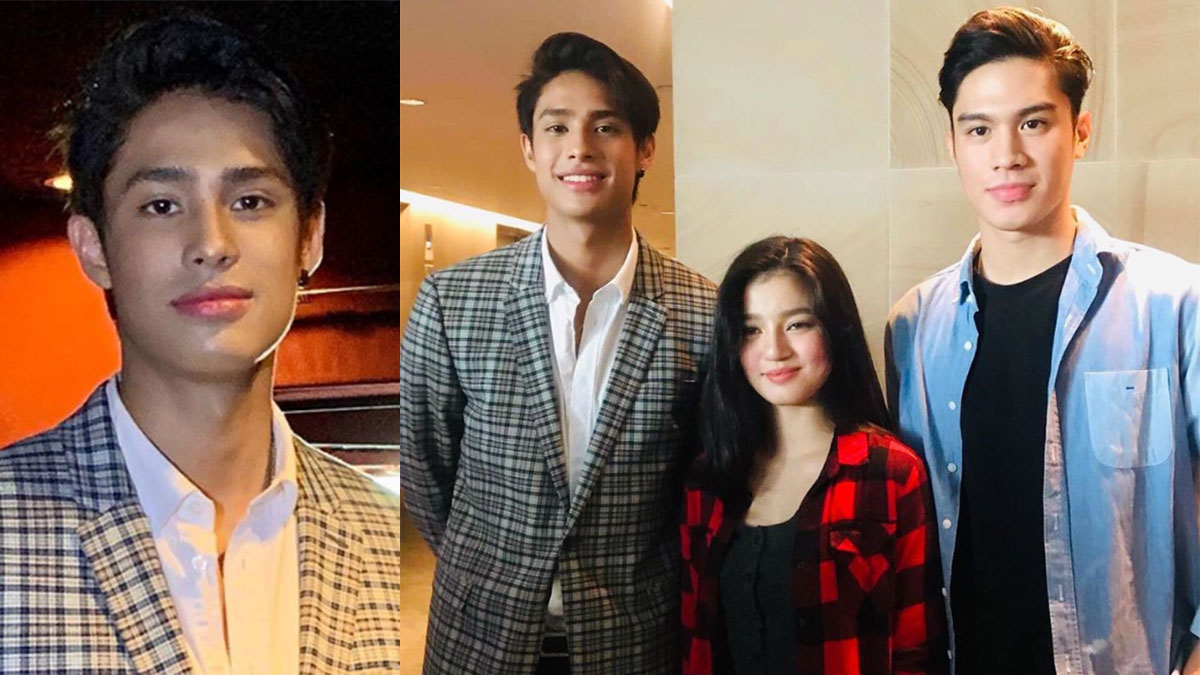 Donny Pangilinan (left) is set to top-bill an iWant series titled He's Into Her, where he is paired with Belle Mariano. Jeremiah Lisbo will play the third wheel in the online series.
PHOTO/S: @starmagicphils / @iwantofficial on Instagram

Donny leads the cast of iWant's new original series, He's Into Her, which is based on a Wattpad novel by maxinejiji.

In this series for the online streaming service, Donny is paired with former child actress and current Star Magic batch 2019 member, Belle Mariano.

Star Magic batch 2019 member Jeremiah Lisbo is cast as the third wheel to Donny and Belle.

He wrote (published as is), "'HE’S INTO HER' soon under ABS-CBN Films and @iwantofficial under the direction of @cvovidanes. It is an honor and blessing to be part of this project. We promise to do our very best to justify the story and characters inspired by the original novel written by @maxinejiji. Taguro and Sensui are coming for ya!!!!"

This is Donny's second project after the break-up of his love team with Kisses Delavin.

His first project was the movie James and Pat and Dave, which he will top-bill with real-life couple Loisa Andalio and Ronnie Alonte.

However, Donny will play the third wheel to Loisa and Ronnie in the movie. Donny's character does not have a love interest in this project.

On November 8, Kisses inked a contract with Triple A Management and APT Films.

According to Kisses, though she remains a freelancer, she is open to the idea of doing a project in GMA-7.

Donny and Kisses became love-team partners for almost two years, which started after Donny became Kisses's escort during her 18th birthday party in 2017.

During the latter part of 2017, it was announced that Kisses and Donny will be part of the daytime series Playhouse, starring Zanjoe Marudo and Angelica Panganiban. The series aired from September 2018 to March 2019.

Before Playhouse ended its run on March 2019, Star Cinema already announced that Donny will be part of James and Pat and Dave in February 2019.

On June 15, 2019, Kisses shocked fans of DonKiss when she wrote an open letter containing the announcement of the love team's break-up.

On June 19, 2019, Donny used his Instagram stories to react to their love team's break-up. The Kapamilya actor said that he was also surprised by Kisses's announcement.

According to Donny, he believed that their team-up was still "under review" and there was "no final decision yet."

HE'S INTO HER COMPLETE CAST

The Killer Bride cast member Vivoree Esclito and BoybandPH member Joao Constancia complete the cast of He's Into Her.

The iWant series, directed by Chad Vidanes, is produced for streaming by ABS-CBN Film Productions.