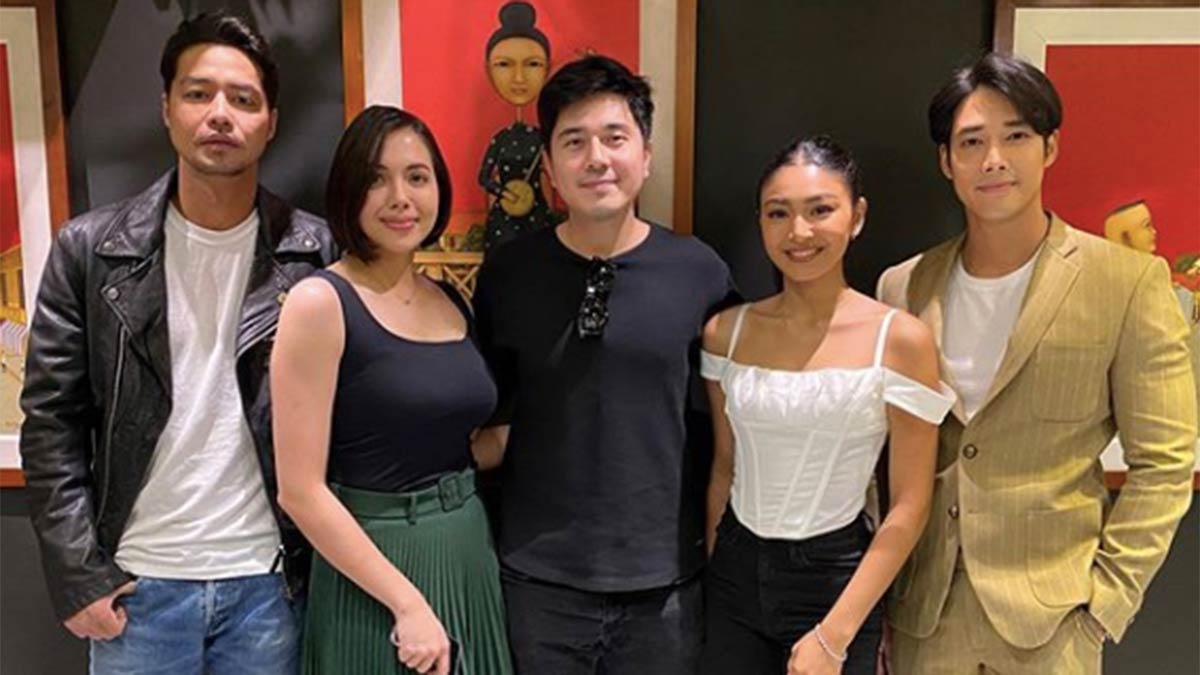 Nadine Lustre and Julia Montes are set to join forces in a prime-time project this 2020.

The two actresses are set to top-bill the upcoming ABS-CBN series Burado.

The project marks the comeback of Nadine and Julia in doing prime-time shows, as announced by Dreamscape Entertainment head Deo Endrinal on Instagram.

Dreamscape Entertainment, a content provider of ABS-CBN, produced all of Julia and Nadine's past teleseryes such as Mara Clara, Walang Hanggan, Doble Kara, On The Wings of Love, Till I Met You, and Asintado.

Nadine's last teleserye was the prime-time series Till I Met You, which ran from August 2016 to January 2017, where she was paired with ex-boyfriend James Reid.

Nadine and James were slated to do another teleserye, which was supposed to be directed by Dan Villegas, but the project was shelved.

This is also Nadine's first teleserye without James, and her first announced acting project after her breakup with James in January 2020.

Julia is also tagged as ABS-CBN's Queen of Daytime Teleserye after the success of Doble Kara.

Aside from being Julia's prime-time comeback, Burado is also her second project after taking a 14-month showbiz hiatus.

She is about to top-bill a weekly series titled 24/7, which will premiere on February 23. ABS-CBN dubbed it as the "first weekly action-drama series on Philippine TV."

It may be recalled that Julia took a break from showbiz after her afternoon series Asintado ended in October 2018.

Aside from Paulo, Zanjoe, and Denkhun, veteran actors are set to join Nadine and Julia in Burado.

One of them is Lotlot de Leon, who stages a Kapamilya comeback after several years.

Lotlot has been doing consecutive projects with GMA-7 since 2014, apart from a guest appearance in Ipaglaban Mo.

In 2017, Lotlot was supposed to return to ABS-CBN via the teleserye Halik. She even attended the story conference of the Kapamilya show.

However, when Halik aired in 2018, Lotlot was no longer part of the cast for undisclosed reasons. She was replaced by Almira Muhlach.

Angel Aquino, who still appears in FPJ's Ang Probinsyano, is reportedly part of Burado, although she was not present during the story conference.

McCoy de Leon and Kokoy De Santos are also part of the cast.

The show will be directed by Manny Palo, who helmed Julia's past shows Muling Buksan Ang Puso, Doble Kara, and the upcoming teleserye 24/7. His co-director is Darnel Joy Villaflor, who worked with Julia in Asintado and Nadine in several episodes of On The Wings of Love.

ABS-CBN has yet to announce the target airing date of Burado.

There are plans to shoot Burado in the Philippines, Thailand, India, and Cambodia.