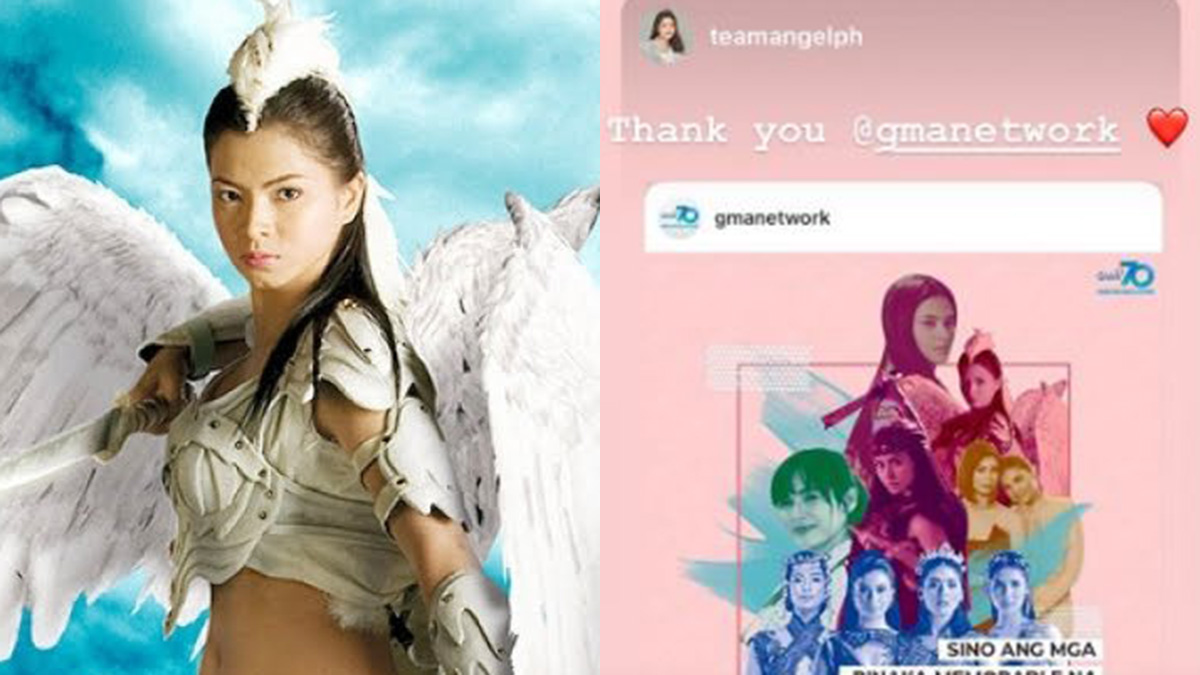 Angel Locsin thanks GMA-7 for including Alwina in the network's memorable women characters artcard. Alwina is Angel's character in the 2004 telefantasya Mulawin, her first major project in showbiz.
PHOTO/S: GMA-7 / @therealangellocsin on Instagram

Angel Locsin thanks her former mother network, GMA-7, for including her character in Mulawin as part of an art card showing the Kapuso network's memorable women characters in teleseryes.

GMA-7, through its social media accounts, released the art card on March 2. The illustration features some of the network's iconic female characters on TV.

Rhian Ramos and Glaiza de Castro, who played lesbian lovers in The Rich Man's Daughter, are also part of the art card.

It may be recalled that apart from Angel, GMA-7 actress Heart Evangelista also played the role of Alwina in Mulawin's sequel, Mulawin vs. Ravena. However, Heart's character was only seen in the show for four weeks.

Angel wrote in her post, "Thank you @gmanetwork [heart emoji]"

Her big break came in August 2004, when she was tapped to play the leading lady in the network's telefantasya, Mulawin, and was paired with Richard Gutierrez.

Coming from the success of Mulawin, GMA-7 gave her the much-coveted title role in the network's TV adaptation of Darna.

After Asian Treasures wrapped up in mid-2007, Kapuso fans believed that Angel's next project would be MariMar.

It was reported that Angel turned down the role, while an insider from GMA-7 said that the network did not offer the project to her.

During the time of the MariMar issue, Angel's contract with GMA Artist Center expired.

Rumors then came out that Angel would be transferring to ABS-CBN.

Wilma Galvante, who was GMA Vice President for Entertainment at the time, expressed her disappointment over Angel's departure from the network.

Angel eventually inked a two-year contract with ABS-CBN on August 11, 2007.

On January 11, 2019, during her solo press conference for The General's Daughter, the actress revealed to PEP.ph (Philippine Entertainment Portal) and other reporters that she almost resigned from ABS-CBN and quit showbiz.

However, ABS-CBN was able to convince her to stay. Angel was offered the lead role in The General's Daughter.

Angel also said during the interview that she never intends to leave ABS-CBN.

Angel has been very vocal in defending ABS-CBN against its critics amid the network's franchise renewal woes.

Currently, Angel is busy preparing for her wedding to Neil Arce.