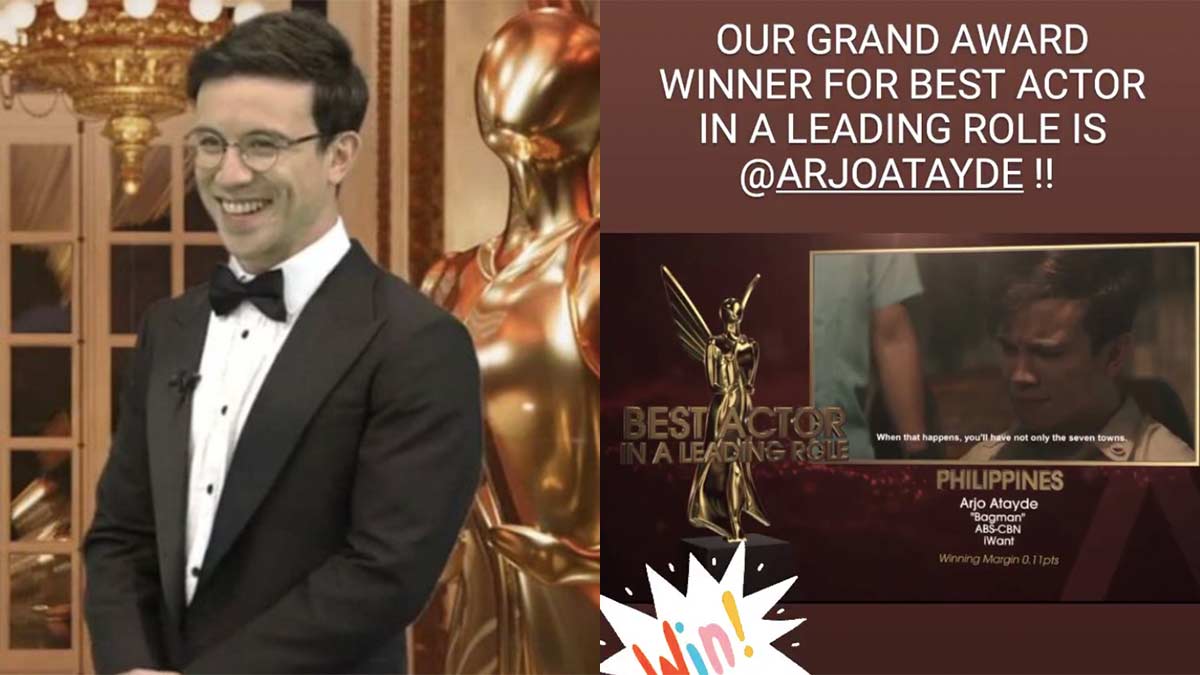 Arjo Atayde wins Best Actor in a Leading Role at the Asian Academy Creative Awards 2020 for his impressive portrayal in Bagman, an iWantTFC original series.
PHOTO/S: @asianacademycreativeawards on Instagram

Arjo earned the award for his performance in iWantTFC’s original series, Bagman, which was shown in March 2019. A season two was aired in November 2019.

Bagman is the story of Benjo (Arjo), a barber who became the governor's “bagman” or agent in their town.

Based on AAAs’ Instagram story, Arjo’s winning margin against the other national awardees or nominees was 0.11 points. 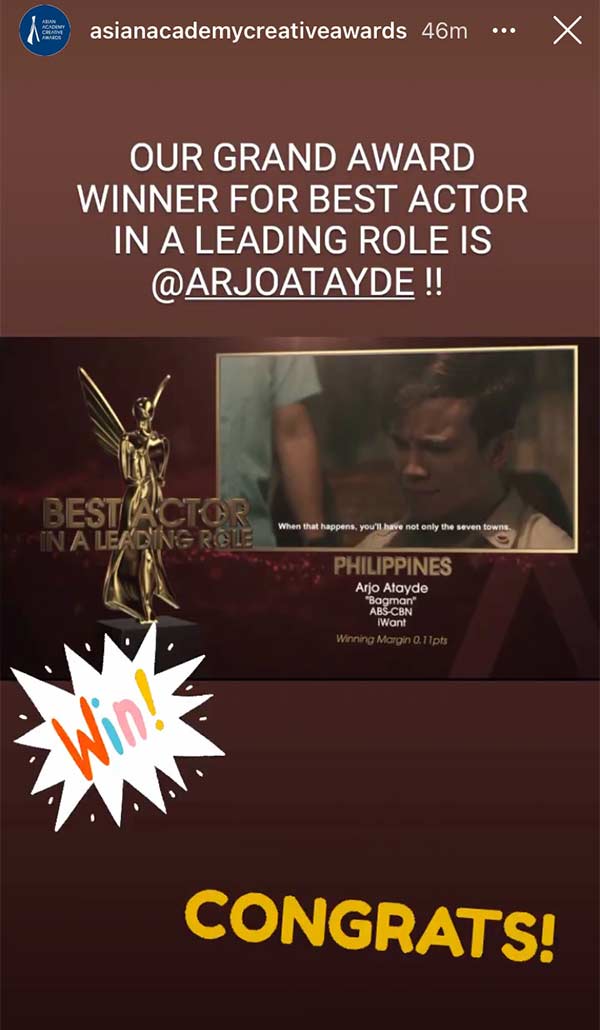 Arjo is first Filipino winner to win an international award in the grand finals of AAAs in the three years that the Philippines had been included in the national winners.

The national winners are deemed by the jury as the country's top choices in each category, and get automatically nominated in the grand finals.

For the national awards, ABS-CBN won in 13 categories, GMA-7 stood out in six categories, and CNN Philippines earned awards in two categories.