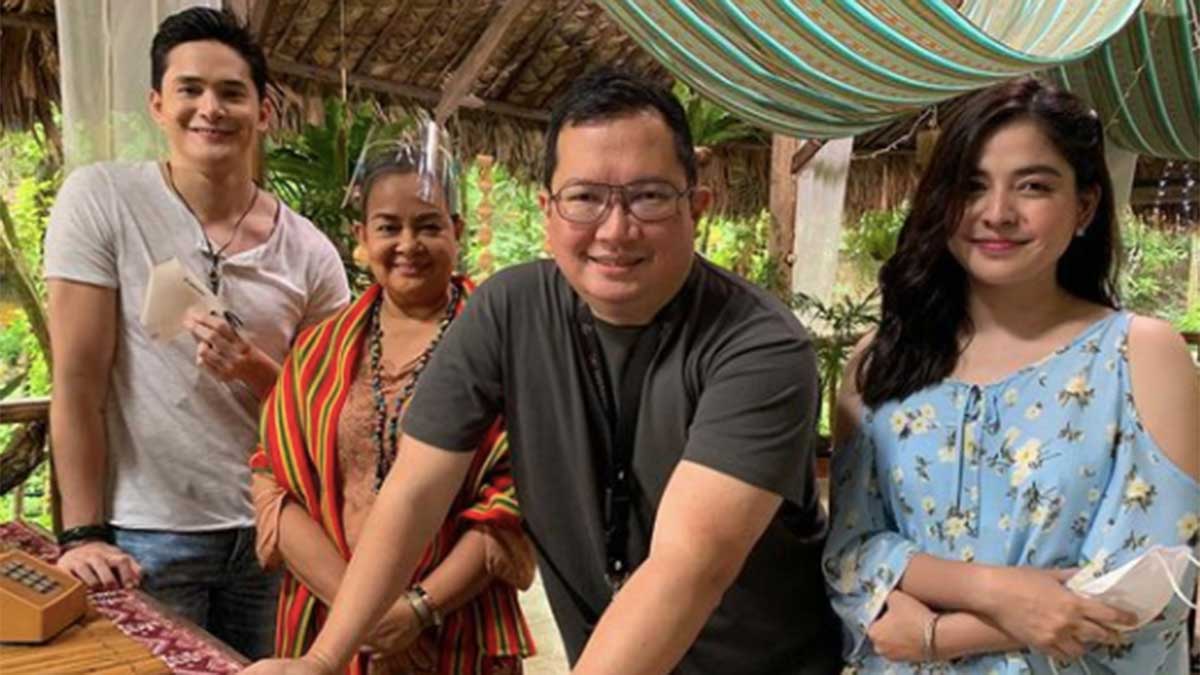 (L-R) Ruru Madrid, Malou de Guzman, Director Mark Reyes, and Shaira Diaz on the set of I Can See You Two season two's episode titled "On My Way To You."
PHOTO/S: @direkmark on Instagram

Ruru Madrid and Shaira Diaz have started taping their episode for the GMA-7 drama anthology I Can See You.

The episode titled "On My Way To You" is part of the drama anthology's second season.

Today, February 23, 2021, director Mark Reyes posted a photo taken on the set of their taping.

In the photo, the newest Kapuso love team was joined by character actress Malou de Guzman.

Malou's last GMA-7 TV show was the sitcom Ober Da Bakod in 1992. She has been regularly doing TV shows with rival network ABS-CBN since 1999.

Her stint in I Can See You is her first appearance in GMA-7 in almost two decades.

After starring in their own episode in the second season of I Can See You, Shaira and Ruru are set to top-bill the action series Lolong later this year.

I Can See You first premiered in GMA-7's Telebabad block on September 28, 2020, where it ran for one month with a different episode per week.

The past episodes were: “Love On The Balcony” with Alden Richards and Jasmine Curtis Smith; “The Promise” with Paolo Contis, Andrea Torres, Yasmien Kurdi, and Benjamin Alves; “High-Rise Lovers” with Lovi Poe, Winwyn Marquez, and Tom Rodriguez; and “Truly. Madly. Deadly” with Jennylyn Mercado, Rhian Ramos, and Dennis Trillo.

All of the episodes of I Can See You's first season are now available on Netflix.

For its second season, I Can See You will also be featuring an episode starring Kyline Alcantara, Miguel Tanfelix, and Aiko Melendez.

GMA-7 has yet to reveal the airing date and how many episodes are expected to air for the second season of I Can See You this 2021.