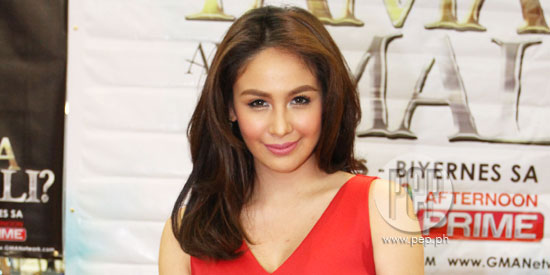 Known for her heavy drama yet wholesome roles, Empress said that she felt it’s time for her to take on bolder roles.

When Philippine Entertainment Portal asked if her parents approve of her daring move, Empress maintained that they have always been supportive of her career from the start.

Empress, who signed a program contract with GMA Network last December, said that she has no problem playing a kontrabida role for the first time in her career.

As it is, the former exclusive Kapamilya talent admittedly went through a difficult phase because of her lack of teleserye projects for the past two years.

But since ABS-CBN doesn’t seem to have any TV offers for her, Empress decided to become a freelance artist and do a project with GMA.

It was truly a tough decision since she had been with the Kapamilya network since she was 15 years old.

But after all she had been through, Empress is grateful for the chance to start afresh via the Kapuso Network's newest afternoon soap, Kailan Ba Tama Ang Mali?

She also did a notable role as Cassiopeia in the hit fantaserye Etheria (2005), which topbilled Iza Calzado and Dingdong Dantes.