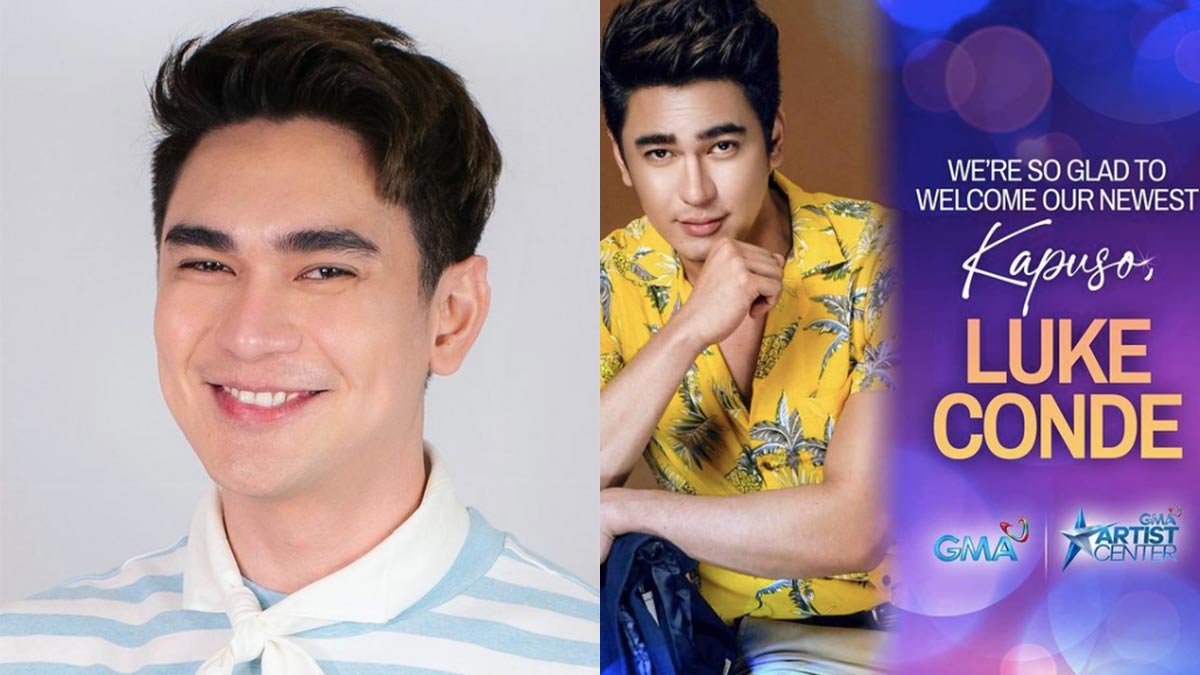 Hashtags member Luke Conde is now a Kapuso! He is expected to appear in two Kapuso projects this 2021.
PHOTO/S: @hashtag_lukeconde on Instagram / GMA Artist Center

GMA-7's talent arm wrote in its Instagram caption, “LOOK: Actor, dancer, host, and singer #LukeConde is officially a Kapuso as he signs with GMA Artist Center. Welcome and congratulations #WelcomeKapusongLuke”

Luke commented, "Thank you so much Kapuso!"

His caption read, "I am more than happy to share that I am a Kapuso na po! Thank you sooo much @gmanetwork for this great opportunity. I will do my very best for every project that you will give me."

Luke did not forget to thank his new management for the warm welcome he received.

LUKE CONDE: FROM KAPAMILYA TO KAPUSO

Luke started his career in 2015 as a member of It's Showtime's boy group, Hashtags.

From there, he had acting stints in some episodes of Maalaala Mo Kaya and Ipaglaban Mo.

The former Star Magic talent also co-starred in the movies No Boyfriend Since Birth (2015), That Thing Called Tanga Na (2016), and Papa Pogi (2019)—all were produced by Regal Films.

His big break in acting came in 2018 when he was cast in the afternoon series Kadenang Ginto as Jude Bartolome, the policeman brother of Carlos (Adrian Alandy).

Halfway through the series, his character was killed.

Luke continued appearing in It's Showtime until the pandemic and ABS-CBN shutdown happened in 2020.

However, Luke continued to host It's Showtime's online counterpart, Showtime Online U, until late 2020.

Luke is the second Hashtags member to sign with GMA-7.

The first was Jon Lucas, who transferred to the Kapuso network in 2019.