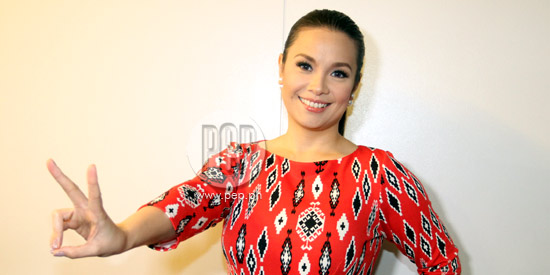 The battle stage of the The Voice Kids Season 2 is all set as coaches Sarah Geronimo, Bamboo, and Lea Salonga finally completed their teams in the final Blind Auditions aired last weekend.

Each team is now gearing up for the Battle Rounds, the next stage of the competition wherein two members of each team will be pitted against each other.

The coaches still have the option to "steal" contestants who will not be chosen after each battle round.

Coach Sarah, Coach Lea and Coach Bamboo will have two "steals" each. After the Battle Rounds, each team will be left with nine members each who will later move on to the Knock-out Rounds.

Who will emerge victorious in each of the contestants’ Battle Rounds and who will get stolen?

The Battle Rounds of The Voice Kids 2 will commence next Saturday, July 25, 2015.

(Read: Meet the 18 artists of Sarah Geronimo in The Voice Kids Season 2)

PEP presents the profiles of the 18 artists selected by Lea Salonga during the blind auditions:

MEET THE 18 ARTISTS FROM Team FamiLEA

Eight-year-old Bianca Marbella from Batangas City wowed the judges with her version of “Do You Want to Build a Snowman?” from the hit animated movie Frozen.

“From one Disney princess to somebody who just sang a song, it's very refreshing kasi ang madalas nating pakinggan na kanta na galing sa Frozen ay ‘Let It Go’. Pero it's so nice na yung kanta naman ni Anna 'yung kinakanta," said Lea Salonga who served as the singing voice of Princess Jasmine for Aladdin and Mulan in the movie of the same name.

“I turned and then came this big note out of nowhere, it blew me away! That was awesome,” Coach Lea told Stephanie.


Eleven-year-old Noah Anthony Anderson from Zambales chose “Just Give Me a Reason” as his audition piece.

“We are waiting for the big note and you gave it. When you hit it, that’s when we hit,” Coach Lea told Noah.

Telesa Marie “Esang” de Torres who hails from Tondo, Manila wowed the judges with her rendition of “Home,” from the Broadway musical The Wiz.

“You are an amazing singer. You are extraordinary,” said Coach Sarah.

“I’ve waited for you for a very long time. You really have a beautiful voice,” Coach Lea told the 8-year-old girl.

Esang previously joined the "Mini Me" contest on It's Showtime as mini Lea Salonga.

“I really like your performance. I hope you join me in Kamp Kawayan,” said Coach Bamboo.

Coach Lea reminded him: “I turned my chair first, please join my team.”

When he was asked why he joined The Voice Kids, Dodong replied, “Para magka-kuwarta me,” which elicited laughter from everyone.

“There was a color in your voice that I like,” said Coach Bamboo.

The Broadway diva gave Kiyana a reminder if she joins Team Familea, “I like the song choice. I tend to work people hard.”

"You are a star in the making," Lea told Luke James Alford after the Filipino-British sang Train's "Hey Soul Sister."

Luke James chose to join Team Lea because he idolizes the international singer.

Princess Angel Enerio from Iligan City performed her own version of “Bulong” popularized by Kitchie Nadal.

Jiah Austria received a three-chair turn from the coaches after singing “Ang Buhay Ko.” The 12-year-old girl from Laguna also performed “Total Eclipse of the Heart” with the three coaches.

The 12-year-old boy from Zamboanga Sibugay, Jhoas Sumatra, turned two chairs after singing The Beatles’ “Help” for his blind auditions.

“I'll be honest, medyo shaky yung umpisa na things were not hitting quite right. [Pero] noong umikot na si Coach Bamboo, parang yung confidence mo umangat, mas gumanda na yung pagkanta mo. It says a lot. Also, about your character, I like that. You fight until one of us turns,” Lea told Kyla.

Dubbed as “Princess Walis,” Jonalyn Pepito from Cebu City sang Kelly Clarkson's hit “Because of You” and after singing few lines of the song, the Broadway Diva turned her red chair for the 11-year-old girl.

The nine-year-old girl from Sorsogon City, Aihna Imperial, was able to pass the blind auditions when she performed “Stand Up For Love.”

Mary Ann Ramos from Albay sang “Diamonds Are Forever.” All coaches turned for the 10-year-old girl but she picked Lea as her mentor.

Jhyleanne Rington, 11, from Marilao, Bulacan, wowed the three judges with her rendition of "On My Own," a song from the Broadway musical Les Miserables.

The girl was described as “brave” for performing a song performed by Lea Salonga as Eponine. She eventually became part of Salonga's team.

“I just felt you from the start. I will guide you,” said the head of Kamp Kawayan.

Coach Lea described her by saying, “You are a breath of fresh air. You are wonderful addition in my team.”