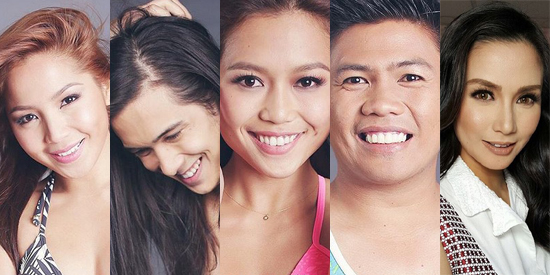 (L-R) Dawn Chang, Tommy Esguerra, Miho Nishida and Roger Lutero comprise the Regular Big Four of Pinoy Big Brother 737. Mariel Rodriguez (rightmost) re-enters the house after being away from the reality show for four editions. It is revealed that PBB 737 will have two winners (one from regular housemates and another from teen housemates).

The identities of the regular housemates who are part of the Big Four were revealed last Friday, October 30.

The last housemate to be evicted from ABS-CBN's reality show was Zeus Collins who got the lowest percentage of votes.

It can be remembered that Dawn already advanced as the first housemate in the regular Big Four after defeating others during the “Big Jump to the Big Four” challenges.

Host Toni Gonzaga also announced during the episode that two big winners will be hailed in PBB 737: one from the regular set of housemates, and one from the teen housemates composed of Ylona Garcia, Franco Rodriguez, Jimboy Martin, and Bailey May.

The Big Night of Pinoy Big Brother 737 will be held on November 8 at Albay Astrodome, Legazpi City.

MARIEL BACK AT PBB HOUSE. It was also announced last Friday that former PBB host Mariel Rodriguez-Padilla will return to the famous yellow house as a celebrity houseguest.

A preview of her return was already shown in last night’s episode, November 1.

Kuya gladly welcomed Mariel inside the confession room, and the former PBB host said that she is also happy to be back.

But when the housemates handed her a box, it contained towels with Mariel’s name embroided on it, indicating that there’s a big possibility that she might stay in the house overnight.

Mariel was still in denial and said, “No, wala akong clothes, that’s not gonna happen.”

However, Mariel was shocked when Roger handed her luggage containing her clothes.

At the last part of the teaser, it was seen that Mariel cried inside the confession room while Big Brother told her, “Alam mo Mariel, lagi kang may lugar dito sa bahay ko. Kahit panandalian kang umalis, e, hindi kita nakalimutan. You will always be special, Mariel.”

It can be remembered that Mariel is originally part of Kuya’s Angels composed of Toni Gonzaga and Bianca Gonzalez.

She was dubbed as the “Kapitbahay ni Kuya” and hosted the Uplate and Uber editions of Pinoy Big Brother from the first season up to the Teen Clash 2010 edition.

Mariel then transferred to TV5 in 2011 to be a co-host of Willie Revillame for his variety show WilTime BigTime.

In the coming episodes of PBB 737, viewers will witness how Mariel will change to the lives of the regular and teen big four before the big night.