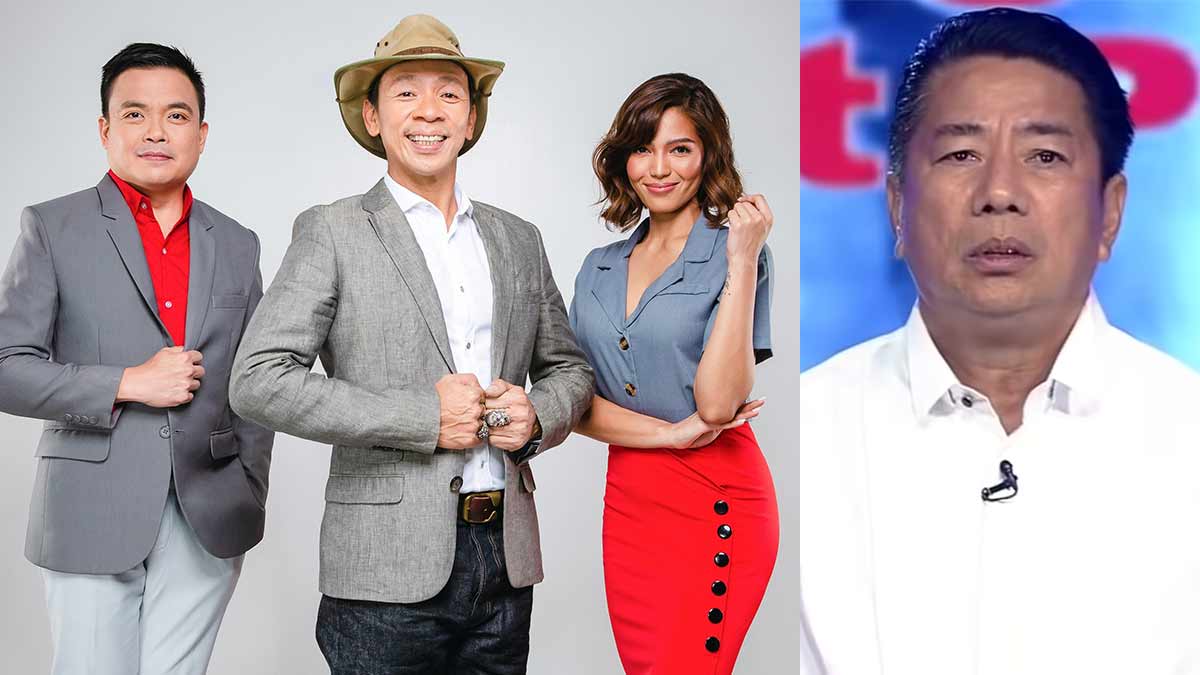 GMA Public Affairs head Nessa Valdellon (not in photo) is "so happy" with Dapat Alam Mo's performance in the ratings game compared to its predecessor Wowowin: "It has been rating higher than its predecessor. We never imagined that would happen, we don’t have any sexy ladies dancing on our program, it’s pure infotainment."
PHOTO/S: GMA-7

GMA First Vice President for Public Affairs Nessa Valdellon is pleased with the performance of the infotainment program Dapat Alam Mo! in the ratings game now that it airs on GMA-7.

On February 14, 2022, Dapat Alam Mo! started airing a simulcast on GMA-7 when Willie Revillame decided not to renew his contract with the Kapuso network, ending the run of his variety-game show Wowowin.

Wowowin was a consistent top-rater during its run. Its final episode rating on February 11 was 6.6% based on AGB NUTAM ratings.

When Dapat Alam Mo! started airing on its timeslot the following Monday, it managed to get higher ratings than Wowowin with 7.2%.

When PEP.ph (Philippine Entertainment Portal) asked the GMA-7 executives about the network’s first-quarter performance, Valdellon brought this up in her answer.

She said, “I’m so happy because our program, Dapat Alam Mo!, which moved to GMA when… you know who left, it has been rating higher than its predecessor.

“We never imagined that would happen, we don’t have any sexy ladies dancing on our program, it’s pure infotainment, that’s why we’re really proud and happy that it’s rating.”

In terms of overall performance, the Kapuso TV executives are happy with the performance of their shows during the first quarter.

“Our ratings are even stronger, we have a very exciting line-up of shows currently airing now and marami pang ginagawang programs that will be launched in the near future.

“It has been a good start, a good first quarter for GMA.”

The Entertainment Group has already launched seven shows during the first quarter: the afternoon shows Prima Donnas 2, Little Princess, and Artikulo 247; the prime-time programs I Can See You: Alternate, First Yaya, and Widows’ We; the weekend series Agimat ng Agila 2, and the weekly infotainment show The Best Ka.

It is also scheduled to premiere the game show Family Feud on March 24.

For Nessa, she also wants to commend the performance of Gtv which, according to AGB NUTAM data, is now the “number two channel.”

She said, “We have Gtv that is doing so well, it’s now the number two channel in the country, it overtook TV5 last year.

“Because News and Public Affairs produces so many of the programs of Gtv, I’m very proud of that.”

These channels can be shown on GMA's digital TV receiver, GMA Affordabox.

He is also happy with how their deals with Regal Entertainment and other partners are doing very well.

The weekend anthology Regal Studio Presents continues to air every Sunday. Mano Po Legacy had finished its first installment, The Family Fortune, and is starting its second offering, My Big Boss.

Abacan’s department also produces John Lloyd Cruz’s sitcom, Happy ToGETher, which will have a second season.

He said, “As far as my department is concerned, I’m very happy that more partners would really want to partner with us, to share the success na ginagawa ng GMA right now.

“After the success of Mano Po Legacy, the first book, we’re actually starting the second book and it’s being heavily plugged. We’re going to be going through the second season of Happy ToGETher also.”