Julia opens up about her pregnancy and marriage 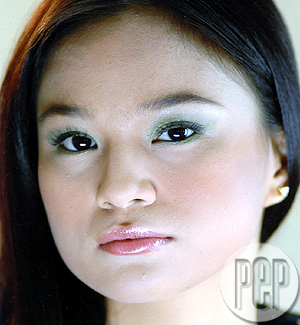 After a few weeks, Julia appeared on the show she co-hosts—the longest running and most successful noontime show in the Philippines, Eat Bulaga!—and the show biz talk show S-Files to answer not a few questions that emerged from the controversy.

Was she really pregnant? Was there a wedding that took place in La Union? Why did she leave all her commitments hanging? Who is her businessman husband? Why didn’t her family know of their union?

In her taped interview aired on Eat Bulaga!, Julia first confirmed she was indeed pregnant and that she had to leave the show temporarily because of a delicate pregnancy.

Julia said the child was a gift from God and she would sacrifice anything just to ensure her baby was safe.

At first, Julia was reluctant to talk about her pregnancy and her rumored marriage to Stephen that supposedly took place in La Union.

But on October 29, Julia finally decided to reveal everything. She guested on S-Files with Stephen in tow to respond and clarify issues pertaining to their sudden marriage and even the legality of their supposed wedding.

Stephen said the October 8 ceremonies in La Union did happen but were not wedding rites—only a “blessing” of their union. The real wedding took place two weeks after—when they had secured a marriage license from the municipal hall of San Juan town in La Union.

"Our marriage is completely legal. We have papers here. Last week lang kami kinasal ni Julia. Julia is [a] Born Again [Christian]. May mga gusto siyang sundan na steps. It was a blessing of a union. The following day, we applied for marriage license and everything sa city hall. Lumabas siya nung Friday the 20th [of October]. Then Sunday [October 22], nagpakasal na kami," Stephen said in the S-Files interview.

Because of her marriage to Stephen and her delicate pregnancy, Julia said would put her career on hold temporarily and focus on occasional appearances on Eat Bulaga!

Julia met Stephen while working for a show.

Steven added: "I fell in love with her, unang hi pa lang."

Julia also clarified that she did not have time to introduce Stephen to her family in Laguna because of her hectic schedule.