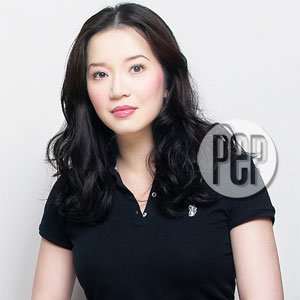 "I now say a temporary goodbye to all of you. In the coming weeks, my one focus is to be the best mom I can possibly be to Josh and his baby brother. The only way I can succeed at this is to leave the spectacle behind me and totally retreat from the public eye," wrote Kris in her official statement.

PEP (Philippine Entertainment Portal) received an unconfirmed report on February 28, that Kris Aquino was rushed to the Makati Medical Center. The TV host-actress was said to have felt a sudden pain in her stomach.

It was the second time she was brought to the hospital in a week.

On February 22, Kris was also brought to the hospital due to "premature labor pains" caused by stress. In an interview with Korina Sanchez for The Buzz and Rated K that aired last Sunday, February 25, she revealed that the issues surrounding her marriage with James Yap are affecting her pregnancy.

Hope Centeno, a former employee of Belo Medical Group, admitted on national television that she allegedly had an affair with James, and that she might be pregnant.

James denied Hope's allegations. Kris chose to stand by him.

OFFICIAL STATEMENT. Yesterday, Kris gave an official statement through The Buzz, an entertainment talk show she co-hosts with Boy Abunda and Cristy Fermin, regarding her current health condition, her take on the issues surrounding her marriage, and her leave of absence.

"I'm writing this while still confined in Makati Medical, fearful about the condition and the ultimate survival of my son. Scared about how I'll make it through the coming months of complete bed rest, the truth is the one place I've always felt invincible was inside the studio. It is where I could excel; where in spite of my deepest hurts I could have several hours of joy. My safe haven because I love interacting with my guests and my players, and my staff showered me with support and care. Now, even the work that I've done on a daily basis is being taken away from me.

"I had a very different piece written yesterday afternoon. I have submitted it to Louie, our TV head, for reading of The Buzz today. It is after he left that I read in my book, Beauty for Ashes: Receiving Emotional Healing by Joyce Meyer (a Christian minister with a world-wide following), ‘If we want to forgive and recover from hurts and wounds, we must not talk loosely about the problem or the person who caused it.' Further she wrote, ‘If you want to get better, you cannot be bitter.'

"Lastly and most important to me in my life, Joyce Meyer wrote, ‘Why does God make us wait for healing? Waiting is the difficult part. How well we wait reveals whether we have faith in God.'

"Faith in God's plans for tomorrow is the one thing I have left. I believe that God didn't put me and Baby James in our current situation if we won't eventually be in a much better place. The next few months are a test we must endure to determine how good that place will be.

"My baby's heartbeat was weakening and my cervix has already dilated. He is barely 3 pounds at this point, and for the past two days, I've endured very painful steroid shots to help strengthen the lungs of Baby James and increase his survival.

"At least five times a day, my fingers are pricked to check that my gestational diabetes was kept in control to ensure that my baby's health is not put in further peril. My food intake is closely regulated and the only time I'm allowed out of bed is for bathroom privileges.

"There is so much I want to say, so much in the past month and a half that I've had to endure. I've asked God for healing, but I must allow him to do so—to heal me and my family. And, the only way for my Lord and Savior to do so is for me not to keep re-opening the wounds.

"This much is true, the truth I hold on to, I wanted to save my marriage, to give my unborn son what is rightfully his—a family.

"Let me extend my heartfelt thanks to all the people: my family, friends, co-workers, fans, and even total strangers who have checked my condition, offered prayers for my son's safety, and expressed their affection and support. To all of you, I just want to say thank you for being a source of strength for me during this time when I'm at my emotional and physical weakest.

"I now say a temporary goodbye to all of you. In the coming weeks, my one focus is to be the best mom I can possibly be to Josh and his baby brother. The only way I can succeed at this is to leave the spectacle behind me and totally retreat from the public eye.

"Please know how I will miss being a part of your daily TV viewing. I've always said that my career's biggest blessing is that all of you who have tuned in to my shows allowed me to become a part of your family

"And now, it's my turn to focus on the two people that really matter in my life, my two biggest blessings, my two sons—Josh and Baby James. At the end of the day, after all has been said and done, my ability to give them good lives is what matters most."
Read Next
Read More Stories About
Kris Aquino, James Yap
Post a Comment
Featured
Latest Stories
Trending in Summit Media Network