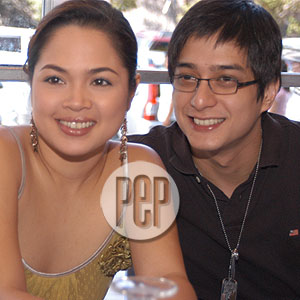 The 4th Golden Screen Awards is once again set to honor the outstanding cinematic achievements for the year 2006. The Entertainment Press Society and Eight Elephants Productions (composed of Harlene Bautista-Tejedor, Romnick Sarmenta, Hero Bautista, Carlos de Leon, and Al Cordova) combine forces to come up with an awards night that is high in entertainment value and features an interesting roster of hosts and performers.

Slated on Saturday—March 17—at the Carlos P. Romulo Auditorium of the RCBC Plaza (located at the corner of Buendia Avenue and Ayala Avenue in Makati City), the said awards night will feature real-life sweethearts Judy Ann Santos and Ryan Agoncillo, and popular VJ Heart Evangelista and TV heartthrob Raymond Gutierrez as hosts.

The show will open with "Celebrate The Day." In conjunction with the luau theme, the opening number is expected to carry a high energy Polynesian/Samba beat featuring Jay-R, Mark Bautista, and Ms. Pops Fernandez.

(Celebrate The Day is a song that emphasizes victory and sportsmanship—themes that reflect the spirit of the first awards night for the year.)

This will be followed by a medley of the best original song nominees to be sung by Karylle, Kyla, and Philippine Idol finalists Gian Magdangal and Miguel Mendoza.

There will also be a sizzling number dubbed as "Firedance" featuring three of the sexiest stars in the Philippine cinema: Juliana Palermo, Regine Tolentino, and Best Actress nominee Andrea del Rosario. This production number is filled with heat and passion in a tribal milieu, so expect the RCBC auditorium to fire up!

The finale will have the theme "Vacation." The song, originally rendered by Vitamin C, is an upbeat send-off before the major categories will be announced. This will be performed by heartthrobs Dingdong Dantes and Jericho Rosales, dance idol Gabriel Valenciano, and actress-nominee Maja Salvador—together with last year's winner of Best Performance by an Actress in a Leading Role (Musical or Comedy) Ms. Zsa Zsa Padilla.

The 4th Golden Screen Awards is produced by Eight Elephants Productions under the direction of Al Quinn, with script by Senedy Que. The event is being marketed by Airtime Marketing (headed by Ms. Tessie Celestino), and will have a slightly delayed telecast by RPN 9 on Saturday, March 17, 2007.