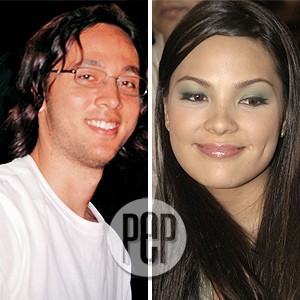 Lino Cayetano and KC Concepcion—will they be able to survive the media blitz surrounding their budding romance?

The Philippine Entertainment Portal (PEP) is a relative newbie in the showbiz industry. It is a five-month-old website—www.pep.ph—but it is fast inching its way into becoming the Pinoy's ultimate entertainment source online.

Within that short period of time, PEP has been responsible for breaking several stories that became showbiz's major controversies, rocking the world of the stars and their fans. They were exclusive to PEP when we broke them; they were bonafide scoops. Take a look at the PEP SCOOP LIST:

Through a phone call to Jo-Ann Maglipon, editor-in-chief of both YES! and PEP, the news was relayed to La Greta. A few hours later, Jo-Ann arrived at the office with the micro-tape containing Gretchen's response to all the allegations. And that same day—November 23—PEP put out "'Don't Call Me Prima Donna'–Gretchen Barretto."

It was all over the news the next morning. The item was picked up by the tabloids and showbiz talk shows. It became PEP's top story of the month. The January issue of YES! magazine gave the complete details of the controversy. Incidentally, this story made the microwave oven famous.

The 21-year-old KC, being the daughter of the Megastar, has always been a news magnet. People love to know the fascinating details of her young life. The 29-year-old Lino is an elusive TV director. He's the youngest son of the late Senator Rene Cayetano and brother of Senator Pia Cayetano and Representative Peter Allan Cayetano. All these give KC and Lino several things in common: They're both from prominent families. They're both good-looking, which seems to be a must among news magnets. They're young and single and fall into what Philippine society calls "eligible" bachelors and bachelorettes.

Seeing the two of them together is definitely a scoop!

We were able to locate the source, verified the details, and posted "KC Concepcion and Lino Cayetano–just friends or dating?" on December 26.

On January 3, 2007, a column in a major broadsheet picked it up. The ABS-CBN showbiz talk show The Buzz carried it on January 7.

Then came Part 2. We got a feed from another source that KC and Lino were seen together in Boracay. The item "PEP Exclusive: KC and Lino now an item!" was uploaded on January 8, around lunchtime, and "Chika Minute" of 24 Oras aired the story on national TV. Several days later, it was mentioned again in a major broadsheet and several blogs.

On January 31, 2007, Dolly Anne Carvajal broke the news about their supposed "Hong Kong trip." This irked the Megastar.

The beautiful KC is now back in Paris finishing her corporate communications course at the American University, while Lino is doing Maalala Mo Kaya and is busy campaigning for his brother Allan, a senatorial candidate. The March issue of YES! chronicled the budding romance of KC and Lino.

On December 29, Gretchen responded to Jo-Ann Maglipon's query about the snub by sending a text message from Singapore, where she was vacationing with her family. The article "Gretchen denies snubbing Bong" was written by Jo-Ann on the same day and activated.

The news didn't go unnoticed. It was followed by several write-ups and TV coverage. During one TV interview, Lani was asked about her wish for Gretchen, and Lani answered: "I wish that she will have a marriage with Tony [Tonyboy Cojuangco, Gretchen's partner]."

On January 20, at the Olay Swap event held at SM Megamall, La Greta was swamped by the press, which of course asked her for a response to Lani's wish: "What she had was a wedding, but what I have with Tony is a marriage."

All the way from the U.S., Lolit Solis, manager of Bong Revilla and Lani Mercado, got into a verbal fight with Gretchen. It was Gretchen's statements insinuating that Lani was not happy in the marriage, that Bong did not give her respect and loyalty, and that in fact Bong had fathered a child with another woman that sent Lolit on the war path.

On January 24, a PEP source revealed that "Tonyboy Cojuangco asks Lolit Solis a big favor," which also became the article's title. The story said that the business tycoon pleaded with Lolit Solis to stop hostilities between her and Gretchen. The two reportedly reached a compromise: Lolit would stop if Tony could make Gretchen stop. Deal!

#4. Kris Aquino-James Yap-Hope Centeno
We got word from our sources that Kris Aquino and James Yap were having marital problems. The story, as we knew it then, had nothing to do with a third party. It had to do with an expensive car that James was supposed to want to buy. But our staffer Candice Lim, who first got the story, could not find a credible first-hand source.

Then on February 11, Kris gave James the cold shoulder on The Buzz. The show was also a pre-birthday bash and a baby shower for Kris. On February 13, a day before Kris's birthday, PEP speculated on the reasons for the cold treatment. The tabloids also published related stories that same day.

It was Lolit Solis, via Startalk, who broke 2007's biggest story so far, with her exclusive interview with a girl named Hope. Following that, Jojo Gabinete, a PEP contributing writer, kept track of the controversy and provided PEP with exclusive updates.

And if Lolit broke the story on TV, PEP was the first to show the face of Hope. Who is Hope? What does she look like? Everyone wanted to know. We searched the Net and found three photos, but the problem was nobody could (or would) identify the real Hope for us.

It was Friday, February 23, when we learned that Hope had agreed to go live on S-Files, which aired on a Sunday. The day before Hope's S-Files appearance, Jojo Gabinete positively identified one of the girls in the picture we sent to his e-mail as Hope Centeno.

PEP therefore posted the first photo of Hope to reach the public even before she showed her face on TV. We used the photo to go with the article "Hope Centeno shows her face in an exclusive interview with S-Files."

While the party was going on at the NBC Tent, we received the feed, wrote the draft—and then found we couldn't upload it because we didn't have one detail. Which hospital? It was close to midnight when a source from www.gmanews.tv called to say: "She's in Makati Med." At 12:10 am, PEP activated the story.


Five months since it was launched, we are ecstatic about announcing that we have already generated 8 million page views per month. Thanks to our biggest stories, which earned thousands and thousands of clicks.

Thanks to YES! magazine for lending its credibility to PEP, to Hi! magazine, to our contributors and writers, and to our reliable sources. Most of all, thanks to showbizlandia for welcoming us, and to you, the users, for embracing us!