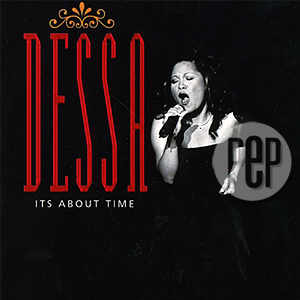 Dessa is known as the Asia's Divette, the petite diva with a powerful voice. She has also earned the title Front Act Queen—she has performed as front act for world-famous singers like Patti Austin, Color Me Badd, Denise Williams, Brian Adams, Mike Francis, to name a few.

She just wanted to take a breather from her busy sked, but little did Dessa know that her decision to go to U.S. in May of 2004 will give her life a 360-degree turn.

The country's Power House Diva fell in love with Jay Inoue, and married him. She said, "Nanonood na siya ng shows ko before. And kilala rin pala siya ni Tito Boy [Abunda] who was my manager then. So, we had so many common friends."

About Jay. Tell us something about Jay. What does he do?

Do they already have kids?

"I gave birth to a healthy baby boy noong February 25, 2005, si Jay Matthew. Kasama ko siya umuwi here now, dahil may work pa si Papa sa U.S. This is my second time to come home to the Philippines. I'm a green card holder na. And so far, I like my life in the US now."

Then she stumbled upon this place in San Francisco, Ichiban-The Library, where Leonard Obal and other Pinoy artists like Jo Awayan, Miriam Pantig, and Bobby Solis play.

But somewhere along the way came the hitches and glitches.

"Tinanggap ko naman. Okay naman noong una, eh. Kaya lang later on, meron lang akong mga hindi nagustuhan with the way they are working out things. Something to do with my papers being legal. Eh, merong mga butas somewhere."

Dessa and her family already planned for the transfer from L.A. to San Francisco. They, in fact, paid for the rent already when things went awry. She added, "We sought the help of a lawyer naman and he adviced us naman na huwag na lang naming ituloy ang plan namin na i-sue them para na rin hindi maging abala sa pag-aayos ko ng papers ko.

She went back to the place where in the not-so-distant past, became her singing playground, Pulse Disco—on Pasay Road in Makati—where she joined "Sound like Your Favorite Star."

She dropped by at The Library in Malate. And Andrew 'Mamu' de Real, upon seeing her, offered Dessa to do even just a one night stint. So last April 10, 2007, once again, Dessa belted out songs to the delight of the regulars and guests of The Library.

And guess who we saw doing a duet with Boy Abunda's baby onstage? Someone who once came too close for comfort to Dessa's heart, Rannie Raymundo.

"I invited Lloyd Umali to watch me. I didn't know he would bring Rannie along. Wala lang. We're friends anyway."

They did "Separate Lives" and did that imply something about putting an end to their past? Dessa quickly answered, "Naku, masaya na kami pareho. Huwag na lagyan ng kulay."

Back in the U.S. By now, Dessa's back into her new home in the US as a hands-on wife and mother by day and a divette in her own right at some nights.

With the father's consent?

"We have not seen him for the longest time."

When she gets back to San Francisco, the Asia's Divette will be busy preparing for a special show on June 30, 2007 at the Herbst Theater in Van Ness Avenue, dubbed as "Dessa: It's About Time."

It was a breeze to see Dessa in the flesh once again, and a delight to hear her unique and distinct voice and style. She still is the belter we came to adore when she rose to fame with her rendition of "Better Days."

Nothing has changed. But like some wine, she got all the more better! And while she's not dishing out songs in a microphone, it's the dishes in her sink that she attends to.

Indeed, better days are on the horizon for the better Dessa.