Ruffa Gutierrez reacts to comments about her religious practices 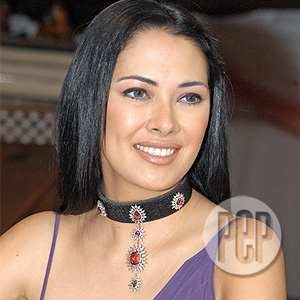 Ruffa Gutierrez reacts to people who question her religious practices. She pleads, "We should all learn to live peacefully in this world regardless of background, race or religion."

Ruffa Gutierrez's attention was caught when an article came out on PEP (Philippine Entertainment Portal) last April 4 about her religious obligations as a Muslim.

It was mentioned that Ruffa—who is married to Turkish businessman Yilmaz Bektas—practices Christianity when she's in the Philippines, then switches to being a Muslim when she is in Turkey, where majority of its population are Muslims.

She also said that, "Kahit wala na ako madalas sa Pilipinas, I still value the tradition of Holy Week, na kailangan maging solemn tayo, walang party-party, walang labas-labas. I believe this week is really a time for prayer, time for being alone, and just reflecting about all the bad things you've done and try to make them better."

On the other hand, whenever the actress is in Istanbul, she said, "Nagbabasa ako ng Koran [Holy Bible of Muslims]. Nababasa ko kasi it's in English. So we have an English version of the Koran and I read books about Islam as well."

pinay_cali: Ruffa is making the effort to search the TRUTH? Your faith will lead you to the TRUTH! You can't switch religion just by going to another place and once your back in your own country you can switch again!

In line with this, the former beauty queen clarified that she converted into Muslim shortly after she married Yilmaz. And with regard to practicing two religions, she responded, "I believe there is a God...One God."

She also added, "When I close my eyes at night and thank the good Lord for all of my blessings, I do not think of my God as a Born Again Christian, Muslim, Catholic or any denomination."

In the end, the Philippine's Next Top Model host left a message by saying, "Being respectful of other people's beliefs and cultures is something I believe in. With the billions of people around the world and all my travels to different countries I have learned to respect everyone's convictions."

Read the detailed response of ruffa by clicking the link below: http://www.pep.ph/blogs/mindspeak/?p=32.