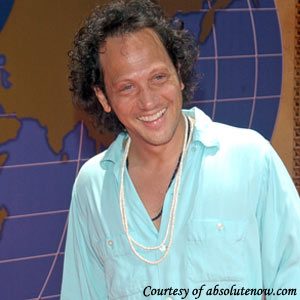 In the entertainment department, Filipinos have always wowed the audiences, critics, and judges abroad. Local movies have earned positive reviews in international film festivals. Singers have dominated the concert stage and singing contests. Actors have also conquered the theater stage.

In Hollywood, we have old guards like Lou Diamond Phillips, Phoebe Cates, and Tia Carrera who all have Filipino lineage and were able to make it big in the world's entertainment capital. In the music scene, we have metal guitar legend Kirk Hammet, among a few others.

During the past couple of years, more and more names with Filipino blood are coming out and making waves in Tinseltown. What's good about the current crop of Filipino-foreigners is that they're proud of their roots and even vocally express it during interviews.

We listed down some of our kababayans in the States who are currently leading the new generation of Filipino talents in the international arena. Celebrities who, during the past two to three years, have created a global following and inspire the new generation.

Comedian Rob Schneider, Robert Michael Schneider in real life, was born to a Jewish-American father and his mother who's a kindergarten teacher and ex-school board president. Rob's maternal grandmother was a Filipina, which probably explains why the former stand-up comic is a staunch advocate against racism. He has even gone to great lengths to publicly denounce Hollywood actors brandishing anti-Semitic views.

Polishing his comedic chops, Rob started as a stand-up comedian around the San Francisco area. He was hired by the legendary Saturday Night Live in 1988 as a writer before graduating to full-time cast member, playing various funny to annoying characters. His stint made him the first Asian-American to grace the show.

Hollywood movies came next after SNL and Rob did supporting roles in Surf Ninjas, Judge Dredd, The Beverly Hillbillies, Demolition Man, and Down Periscope.

His biggest film break was playing the lead role in the comedy film Deuce Bigalow: Male Gigolo, which, owing to its success spawned a sequel, Deuce Bigalow: European Gigolo.

In 2006, Rob made his directorial debut with Big Stan.

Allan was born in Sapang Bato, Angeles City, Pampanga. His father was a US serviceman at Clark Air Base, who abandoned him and his Filipina mother as soon as he was born. It was a hard life from thereon.

Amid life's uncertainties, music provided Allan a refuge and, eventually, salvation. His early music heroes include Stevie Wonder, Eagles, the Beatles and the home-grown folk music of Asin. He soon discovered hip-hop music, which led to his fascination with break dancing.

"I would take the jeepney all the way to Angeles City and that's how I got introduced to break dancing. I see kids at corners break-dancing and I'm like, ‘I wanna do that'" he vividly recalls in a previous interview.

Forming a break-dancing group, Allan went to the States where he became a familiar fixture in Los Angeles' hip-hop and break-dancing scene. The group he formed soon morphed into the Black Eyed Peas. They adapted a more palatable kind of hip-hop combined with funk music, a big departure from the prevalent gangsta rap of their Los Angeles peers.

Despite all the success achieved by the Black Eyed Peas, Allan is lauded for incorporating Filipino themes into the group's music, as we hear in songs like The Apl Song, where he talks about his roots and even borrows the song's refrain from Balita, an Asin original.

He also wrote a song entitled Bebot, a Filipino street word for "woman". The video of the said single was shot around LA featuring Filipinos, Filipino-Americans, and other Asian ethnic groups around the bay area.

The Pussycat Dolls' Nicole Scherzinger couldn't be more Filipino when she said that her upbringing was conservative Catholic.

Born in Hawaii to a Filipino father and Hawaiian/Russian mother, Nicole, who is Nicole Elikolani Prescovia Scherzinger in real life, has always been into performing.

She attended Wright State University, where she took up Theater Arts but later on decided to halt her college education to do backup vocals for a rock band.

After a couple of collaborations, Nicole earned a spot in the all-girl pop sensation called Eden's Crush. Despite the great promise showed by the group, as proven by their first two singles, they unfortunately folded up.

Nicole continued doing solo appearances. Taking up the name Nicole Kea, she did a cover of Breakfast in Bed (popularized by Baby Washington) and was included in the soundtrack of Adam Sandler and Drew Barrymore's 50 First Dates.

Nicole officially joined the then-fledgling The Pussycat Dolls in 2003. Buoyed by the success of their singles—Don't Cha, Buttons, Wait A Minute, Stickwitu and Beep—the group's popularity soared. Nicole sang majority of the group's songs and was the only one among the other members who was credited for songwriting duties.

Recognizing her talent and strong appeal, Nicole was tapped by local clothing giant Bench as one of its endorsers. Aside from being busy with The Pussycat Dolls, Nicole is also currently busy recording her first solo album under the guidance of giant producers, will.i.am, Timbaland, Kara Dioguardi, and Bryan Michael Cox.

Popularly known as Lucas, the Blue Power Ranger and Felix of One Tree Hill, Michael is starting to create a loud buzz around him because of his good looks and talent.

Michael's father is a Filipino and his mother is of German-American descent. He was born in Chesapeake, Virginia, on November 13, 1982. He took up his secondary education at Deep Creek High School.

His credentials include TV shows Scrubs, Reno 911!, That's So Raven and Even Stevens. Michael even appeared in movies like All You've Got, Elevator, and Sideliners.

A multi-faceted talent, Michael also dabbles in modeling and music.

Vanessa, according to wikipedia, was born at Clark Air Base, Angeles City, Philippines, to Vincent Minnillo, a U.S. Air Force aircrew member, and Helen Berecero.Her dad has Italian and Irish blood, and her mom is Filipino.

Her 2000 Miss Teen USA crown was her passport to showbiz. She hosted MTV's Total Request Live, and played minor roles in The Bold and the Beautiful, That's Life, Maybe It's Me, and Fantastic Four: Rise of the Silver Surfer.

Other Pinoys who've made waves among American audiences are Paolo Montalban (who starred in Mortal Kombat: Conquest and Cinderella), Dante Basco (actor who appeared on The Debut), Enrique Iglesias, Jocelyn Enriquez, Reggie Lee (who played William Kim on Prison Break, and was included in two of The Pirates of Carribean films, and The Fast and the Furious),to name a few.