Hot male celebrities in their 40s 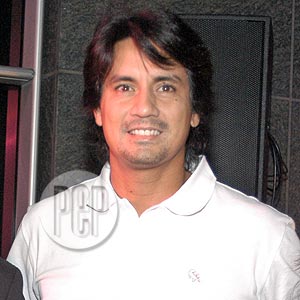 Once upon a time in Ormoc, Leyte, a lovely lass fantasized Richard Gomez as her husband. Years later, Ms. Lucy Torres married the man of her dreams. Seeing Goma row that boat shirtless for the Bench commercial, we bet similar fantasies are swirling out there.

40 is the new 20! Presenting the top male celebrities who are in their forties yet still send girls swooning. This list is in no particular order.

1. Francis Magalona. This proud papa of eight—two stepchildren and six with wife Pia Arroyo—has reinvented himself from the master rapper of the 90's, to music video director. Though he no longer serenades college girls with "Cold Summer Nights," he's still an idol to the new generation of kababayans with his Eraserheads' "Super Proxy" remake and his tie-ups with Parokya ni Edgar.

2. Joel Torre. Joel—or Jose Rizalino Torre in real life— was born and raised in Bacolod City. The certified Ilonggo does not only have the gift of charming 'Gas, he is also one of the country's premier character actors. He has played several noted characters in both mainstream and independent projects.

3. Albert Martinez. He has truly made a name for himself, apart from his being just as famous as brother William Martinez. From kontrabida to lead, he never fails to deliver. He surely brought the sexy back in voyeur film sequel Scorpion Nights 2, and more recently, the TV adaptation of Maria Flordeluna.

4. Gary Valenciano. Mr. Pure Energy has entertained millions of screaming fans for the past 23 years. Although his sons are also slowly making names for themselves, he is not ready to hang his hat yet. In fact, he is looking forward to more years of singing, dancing, and making more hit songs for all to sing along.

5. Raymond Lauchengco. From Bagets to balladeer, he has truly transformed himself. The '80s matinee idol is now expecting a child with his wife Mia. The baby is due in November.

6. Ariel Rivera. Although he already has two kids with wife Gelli de Belen, the "Kilabot ng mga Kolehiyala" is still in top form. He gained a bit of weight (just a tiny bit), but he looks as handsome as the man who first appeared on television 18 years ago. Who could ever forget his kilig hits and acting stints?

7. Cesar Montano. He may have failed to get a seat in the senate this past election, but he is going strong in his acting career. He is rumored to have been offered two Hollywood films, proving that his talent is truly world-class.

8. Gardo Versoza. The second actor to hold the title as Machete needs no lengthy explanation on why he is on the list. It has been more than a decade since Gardo wore the loincloth that made him famous, but the Asian Treasures actor has not lost his manly charm.

9. Bong Revilla. The 40-year-old actor-senator still has the agimat to captivate people—which he probably inherited from his father, Ramon Revilla Sr.—whether in politics or in entertainment. He is regularly seen in GMA-7 sitcom Hokus Pokus.

10. Richard Gomez. From being part of the McDo crew, Richard Frank Gomez entered the world of showbiz and was hailed the Adonis of Philippine Cinema. He has personified every girl's description of tall, dark, and handsome. And at 40, with a beautiful wife and daughter, women would still look at him with adulation.