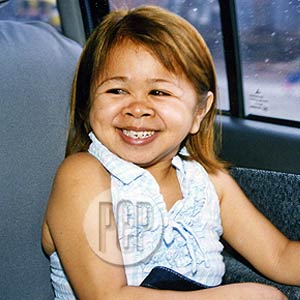 Despite her public romantic involvement with Jimboy Salazar, Mahal clarified that their relationship never went beyond kissing.

Mahal scored 14, shattering the lowest grade previously set by actress Antoinette Taus when she tapped out after only answering 15 questions.

Right from the start, it was obvious that Mahal would not go far as she struggled to answer directly the questions tossed in by Mo, together with fellow DJs Mojo Jojo and Andi 9.

Despite her discomfort, Mahal did manage to give few interesting answers, like admitting that she lost her virginity at the age of 19 and confessed that she snubbed some fans out of fatigue in giving autographs.

She named ex-boyfriend Jimboy Salazar as the most "plastic" person she met in showbiz and bravely divulged that she was indeed the person in that phone video scandal that proliferated a couple of years back. Mahal admitted that she was even the one who disseminated the video to some of her friends.

Everyone in the booth was thrown in stitches when Mahal proudly boasted that she never slept with a fellow "small person" as she goes for normal guys who are, of course, much taller than her. She also never engages in one-night stands.

The 32-year-old comedienne, however, clarified that her relationship with Jimboy never went beyond the kissing stage and that it was never physically consummated.

Interestingly, Mahal confided that she's in a relationship with a certain Ryan at the moment. Mojo Jojo couldn't help but gush when he saw the picture of Mahal's boyfriend whom he described as good-looking and hunky.

"Mahal, ang suwerte mo," Mojo Jojo could only utter upon seeing the picture.

Sensing that his guest wouldn't last long enough to answer the more difficult questions, Mo quickly tossed a dare to break the monotony. Mo asked Mojo Jojo to lip-lock with Mahal, which Mojo did under stiff protest before threatening to pull down Mo's pants after the dare.