Kris Aquino and Piolo Pascual team up in "Be Bench" 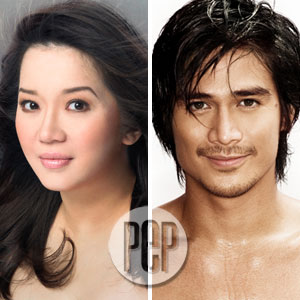 Be Bench will air every Sunday, 10:30 p.m. The show will have its premiere telecast on July 29, and will be hosted by Piolo Pascual and Kris Aquino.

Instead of signing up another celebrity to add to its growing number of artists, Bench does something different for its 20th year. The brand is now looking for amateur models to be the next faces of Bench.

In cooperation with ABS-CBN, the brand came up with a reality model search Be Bench, to be hosted by Piolo Pascual and Kris Aquino.

"Be anonymous or be famous?" asked the Be Bench production team, who held auditions nationwide. After weeks of searching, the team narrowed the aspiring models down to 30 finalists. Among the 30, only two will be chosen. The winners will win a contract with Bench and a management contract with ABS-CBN's Star Magic.

Click to view the gallery of Be Bench launch.