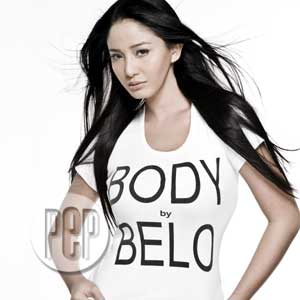 She made her mark in the hit talent search StarStruck and was later voted as the country's sexiest woman for two consecutive years (2006-2007) according to FHM magazine.

This self confessed mahiyain entered showbiz with a bang. Her instant success paved the way for her to appear on billboards, magazine covers, primetime TV and print. We just can't get enough of Katrina Halili.

Originally from Quezon City, Katrina spent her memorable childhood years in El Nido in Palawan. Being an introvert, Katrina professes she's really a shy person. Contrary to her image as one of the hottest ladies, she prefers to be a home body instead of going out.

To add to the list of her contravida roles, she plays Angelika in GMA 7's hit revival of the Mexican telenovela, Marimar, where she gets to display her body-to-die-for.

When she's not busy with her showbiz commitments, Katrina loves to surf the net and answer her fan mail, listen to sentimental rock music, play volleyball, badminton, and go swimming.

To keep her body in shape and to maintain that FHM sexiest woman look, Katrina regularly goes to Belo for body treatments and nonsurgical procedure. Weekly, she gets a whole body scrub (a combination of sea salt, honey and almond which removes dead, dry and rough skin leaving it baby soft and smooth).

She also does Lipo Lite to contour the skin's surface and body shape. Monthly, she also religiously goes to Belo for a laser tenor treatment to tone her back and tummy area. This nonsurgical procedure also tightens her skin.

To check out her pictures as Belo's latest babe, click this GALLERY .