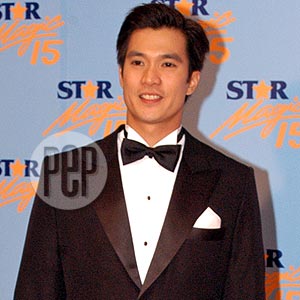 Actor Diether Ocampo admits that he failed his first audition to be a member of the Star Circle batch one. But he never gave up and ten years later, he has done numerous soap operas, movies, and endorsements.

Also a member of the defunct Hunks, Diet holds the record of having the most number of soaps by any local actor. He has done Mula Sa Puso, Saan Ka Man Naroroon, Recuerdo de Amor, Sana'y Wala Nang Wakas, Till Death Do Us Part, Marina, Ikaw Ang Lahat Sa Akin, Palimos ng Pag-ibig, Rounin, and the current Margarita.

Among his soaps, he considers Recuerdo De Amor and Sana'y Wala Nang Wakas as his favorites.


With the blessings he has been receiving, he is sharing it with his own foundation, ang K.I.D.S Foundation (Kabataan, Inyong Dapat Sagipin) he has put up with several friends.

"It is a foundation which my friends and I established, so that we may represent ourselves as a bridge that would connect less fortunate Filipino children to people who, like us, are blessed in life and want to give [to these children] but have difficulties in finding a venue or the opportunity to help.

"For years now, I have been silently trying to share the good blessings I have received to less fortunate children but I realized, it's difficult to do it alone. So, with my friends, we put this up," pahayag niya.

Nakikipagtulungan din ang foundation niya with Nike in a project called "Out of the Streets and Into the Courts" at may book campaign ito with Pizza Hut called "Isang Milyong Aklat, Isang Milyong Pangarap."