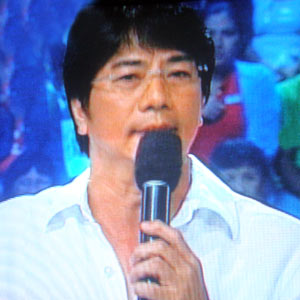 "All our game shows are executed in accordance [with] our corporate values of honesty and integrity as our track record will show. We assure the public that all games and contests in Wowowee are executed with transparency, fairness, and honesty," said ABS-CBN's official statement about the "Wilyonaryo" incident.

Yesterday, an emotional Willie Revillame appeared on television abhorring comments made by Joey de Leon, co-host of long-running noontime show Eat Bulaga, about the "Wilyonaryo" incident. He explained that the comment, "Dito walang dayaan," was directed towards him, hinting that it was an accusation that he was rigging the game. He went on to explain that he is slighted because all he wanted to do is "magpasaya lang ng mga kababayan."

Earlier today in Eat Bulaga, Joey de Leon answered Willie's complaints against him. He remarked that Willie should clarify what happened in the "Wilyonaryo" incident-which he now calls "Hello Papi" scandal-before shifting the attention to someone else. The comedian turned playful and advised Willie to learn how to cry with actual tears.

"We launched a new game segment in Wowowee entitled ‘Wilyonaryo.' On the second day of its launch, we discovered a design flaw. There were two numbers in the same wheel, which became subject to questioning. On the next day, we corrected the flaw. While the design of the game may be flawed, we have no intention to manipulate results, but rather to add excitement and suspense.

"Unfortunately, a game show can experience glitches in its initial stages of development. But we wish to assure the public that we would increase our vigilance in the development of our games in the protection of public interest.

"All our game shows are executed in accordance to our corporate values of honesty and integrity as our track record will show. We assure the public that all games and contests in Wowowee are executed with transparency, fairness, and honesty.

"Wowowee will continue to give cheer, help, and fulfill the dreams of millions of viewers around the world."
Read Next
Read More Stories About
Willie Revillame, Joey de Leon, Wowowee, eat bulaga
Post a Comment
Featured
Latest Stories
Trending in Summit Media Network