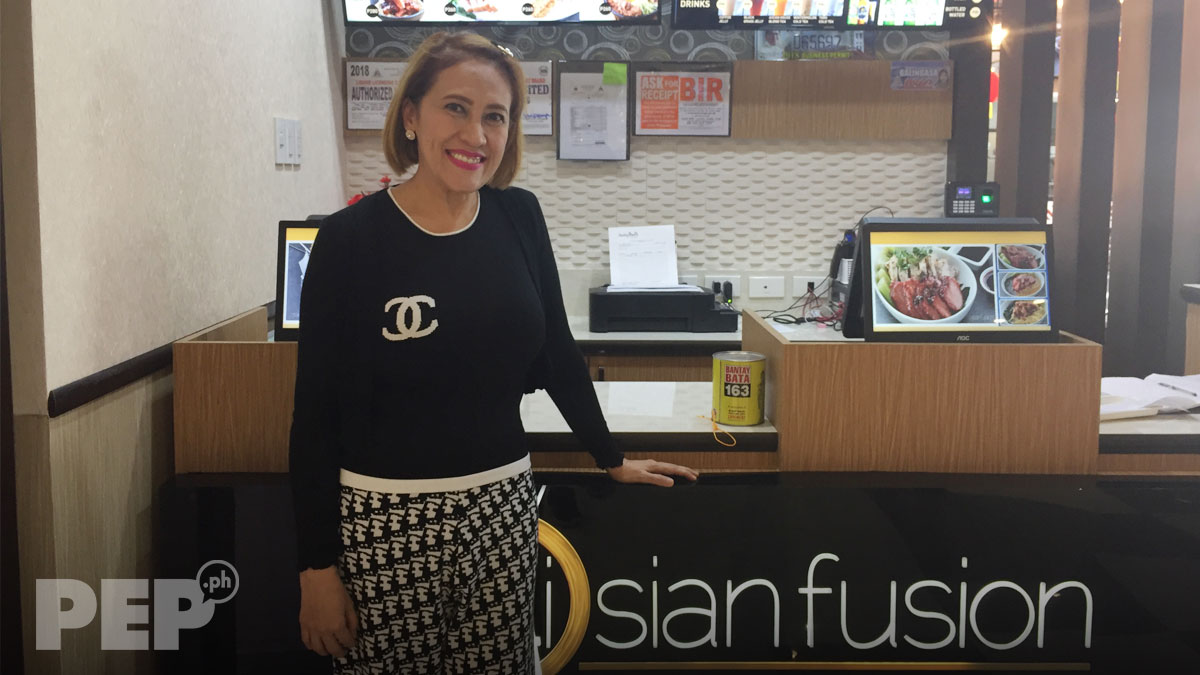 “Normal muna, pag hindi kinaya, e, di IVF,” she said, referring to in vitro fertilization—a process of fertilization where an egg is combined with sperm outside the body.

The first time she mentioned this in early 2018, some naysayers said, “Imposible.”

Part of her getting ready is to prepare her body. She goes to the gym three times a week, and works out for one hour.

In terms of her diet, she has been eating organic produce for three years.

In fact, she brought her own food when this interview happened at her newly-launched restaurant AiSian Fusion, which is located at Ayala Malls Cloverleaf, A. Bonifacio Avenue, Balintawak, Quezon City.

How about her husband Gerald Sibayan? Has he been preparing for fatherhood?

Gerald started going to Asian Institute of Aviation, a flight training school in Makati City, in August 2018. He has a degree in sports management from De La Salle University.

Back to her pregnancy, she has the support of her three children—Sancho, Sean, and Sofia.

Most likely, the baby’s name will also start with “S.” Gerald’s request is to have a name that starts with “G.”

Hence, the couple came up with either “Sandrine Grain” if she’s a girl or “Sargent Gail” if he’s a boy.

The only concern of her children: “Kaya mo pa ba, Ma?”

CAN A WOMAN GET PREGNANT IN HER 50s?

In fact, two women from India became moms in their 70s.

In the United States, 2013 was marked by Centers for Disease Control and Prevention as the year when births by women between the ages of 50 and 54 increased by more than 165 percent from 2000.

But the ones that were publicized underwent IVF.