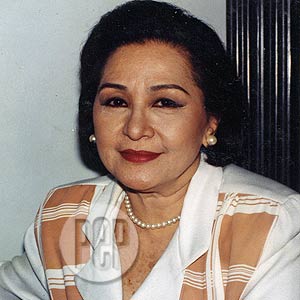 The principal suspect in Nida Blanca's murder may be dead but the prosecution will continue to pursue the case. Nida's daughter Kaye Torres knows it would be more difficult this time. "As my mother's murder case continues, one vital key to the solution of the case is gone. Rod's death only makes it more impossible for those answers to be obtained," said Kaye in a statement.

It was a typical November morning. All Souls' Day and traditional visits to cemeteries were just over and pre-Christmas shoppers now turned to shopping malls and hopped around flea markets (tiangge) that sprung like mushrooms everyday.

But on this particular morning, November 7, 2001, there was a commotion at the parking lot of the Atlanta Center in Greenhills, San Juan, Metro Manila. Police investigators, spectators, and reporters were swarming around a green Nissan Sentra abandoned in one of the parking slots. A woman's body was slumped in the back seat.


She had been badly beaten and was bathed in her own blood from stab wounds to the head and chest—13 in all, the police counted later. It didn't take long for them to identify the American mestiza.

FLASHBACK. One day in 1951, actress Delia Razon tagged Dorothy Jones along and introduced her to LVN matriarch Doña Sisang. The 14-year-old lass passed her screen test and was named Nida Blanca. Her first movie was Reyna Elena (1951), and from then on she became one of the film outfit's top stars, both for her charismatic beauty and for her versatile talent.

Nida starred in comedy and musical films where she was often paired with Nestor de Villa. Nida easily fit into any movie role. But most critics applauded her for portraying characters that were considered off-beat for a female actress during her time. It was Nida who created the feisty image of a Waray maiden, a lovable "tomboy" who stole the heart of Nestor.

Even when LVN ceased operations, Nida's acting career continued to flourish. As a freelancer, she proved her versatility further. Aside from movies, she ventured into television through the Nida-Nestor Show where she was reunited with her perennial screen partner. John En Marsha came next where she starred alongside Comedy King Dolphy.

Nida and her first husband Victorino Torres had a daughter, Kaye Torres. The union was short-lived; the couple separated two years after Kaye was born. Taking another crack at marriage, Nida tied the knot with American boyfriend Roger Laurence Strunk on January 6, 1979 in Las Vegas, Nevada. The two rekindled their marriage vows, also in Vegas, on February 5, 1981.

MURDER AFTERMATH. Investigators always held Rod Strunk as a suspect in Nida's murder. That's always a given in investigating any crime wherein family members or loved ones are seen as potential perpetrators.

The Rod Strunk theory was bolstered when a certain Philip Medel came out in the open on November 19, 2001 and pointed to Strunk as the brains behind the killing. Medel testified on paper that he was hired by the American to "strike" down his wife due to inheritance issues.

Rumor had it that Nida deliberately left Strunk out of her will, thus infuriating him. It was a well-known fact inside Nida's circle that Strunk, throughout the years, relied on his celebrity wife for financial support.

The National Bureau of Investigation (NBI) took account of the late actress's properties and their corresponding estimated value at the time of her death: a house in White Plains, Quezon City, valued at P30 million; a three-story condominium in Greenhills valued at P10 million; parcels of real estate in Baguio City and San Mateo, Rizal; and a house in the United States valued at $300,000.

But while the investigators were preparing the necessary documents to indict Strunk, Medel suddenly retracted his earlier statement. The supposed self-confessed assassin was crying out loud, accusing the authorities of torturing him to own up to the crime and point at Strunk as the mastermind.

The police refused to be swayed and insisted on Strunk's direct involvement to the crime. However, authorities failed to file charges immediately. Strunk was allowed to leave the country in 2002, supposedly to visit his ailing mother. All subsequent efforts of the Philippine government to extradite Strunk were in vain. The closest thing the prosecution got in having the primary suspect behind bars was when Strunk was detained at the Sacramento County Jail in connection with the extradition request. He was released after a U.S. court rejected the appeal.

POETIC JUSTICE? With a new extradition request hanging fire, many were shocked when it was reported that Strunk had committed suicide by jumping from the balcony of a motel where he was staying. The California newspaper, Tracy Press, reported that he died on July 11, 2007.

According to the news, Strunk's lifeless body was found on the parking lot of the Tracy Inn. At the time of his death, close friends disclosed that the former lounge singer was a vagabond.

"He lost everything," commented Strunk's friend Margaret Spunn. "He went from having everything you'd possibly want to having literally nothing."

Friends also revealed that Strunk was taking medication for diabetes and was often drinking prior to his demise.

Nida's close friends back home were awed by how Strunk's manner of death mirrored his ex-wife's.

For Ms. Sanchez, Strunk's death was a form of poetic justice rendered by God. It was a view shared by Delia Razon, the actress who had paved the way for Nida's entry into show business.

Delia too thought that it was the Creator's hand that passed judgment on the troubled widower. She only hoped that Strunk had left a note that would finally shed light on the case.

STILL CRYING FOR JUSTICE. While not passing any judgment on Struck's probable guilt, Caridad Sanchez firmly believes that Strunk's death should also signify the closing of Nida's murder case.

"How can we proceed if he's already dead?" asked Caridad. "Tama na ‘yan. That's hatred already. The person involved is already dead. If he really killed Dory (Nida's nickname among her close peers), there is already judgment from God."

Nida's one and only daughter Kaye, however, doesn't agree.

Kaye would went on to say that two "big personalities" connected to the murder are still on the loose.

Justice Secretary Raul Gonzales affirmed Kaye's view, saying that the government would continue pursuing the case, especially since there are still other suspects being linked to the crime.

Public Attorney's Office (PAO) head Persida Acosta seconded Gonzales by saying that while death extinguishes one's criminal liability; there are other names that need to be brought to justice.

In a statement she gave out to the media a week after Strunk's death, Kaye said: "The reported death of Rod Strunk has taken me by surprise. It's very tragic that Rod's life had to end this way. Whatever his faults and shortcomings may have been, I have never wished this kind of misfortune or tragedy on him."

Concerned but defiant, Kaye would punctuate her statement with the words, "Rod may have avoided extradition but now he will have to face a much higher court."