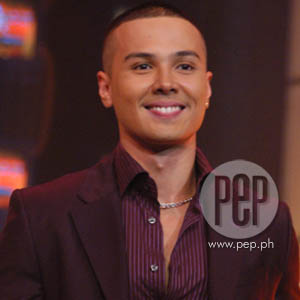 There's nothing personal going on between young actor Polo Ravales and singer Mark Bautista. As Polo has made known, he and Mark are not close friends and that's the only reason they're not seen socializing.

With attached wires and a lie detector machine checking his nerves, Polo Ravales revealed how his eventual breakup with ex-girlfriend Ara Mina transpired.

Despite the fact that the relationship had long been over, both Polo and Ara are consistently bugged with questions regarding the past. Talks of resentment intensified when reports said that the former lovers were avoiding each other during social functions. Ara's open display of irritability about the issue added fuel to the fire.

Polo opts to be diplomatic every time the entertainment press asks him about Ara and their failed romance. The only reason that really stood out was lack of time because of their conflicting work schedules.

"I have nothing against her," answered the young actor for the nth time, "and wala naman akong reason para umiwas."

To prove his point, Polo shared that he and Ara cordially greeted each other last September 16, at the Rampa for a Cause event held in Rockwell Tent.

Many believe that Polo's indifference towards Mark stems from an underlying bitterness over his failure to clinch the heart of Miss Earth-Canada, Rizza Santos. Rizza and Mark are rumored to be an item.

Incidentally, it was Rizza who was said to be the main reason Ara and Polo's post-breakup friendship turned sour. Rizza is a close friend of Polo's younger sister Ashley Gruenberg.

Reports said that Ashley brought along the beauty queen to the set of Lupin, where both Polo and Ara were cast members. Ara was reportedly slighted by the sight of the woman who was being touted as the new love interest of her ex-beau.

"Yes," Polo casually admitted, affirming that he and Mark indeed are not acknowledging each other.

Polo clarified however that the only reason he and Mark are not on speaking terms is simply because they're not close buddies in the first place.

Setting the record straight, "Hindi naman kami magkaaway," said Polo, while looking at John Lapus who was standing beside him.

Is Polo willing to extend a hand and be friends with Mark? The hunky actor convincingly replied, "Oo naman!"