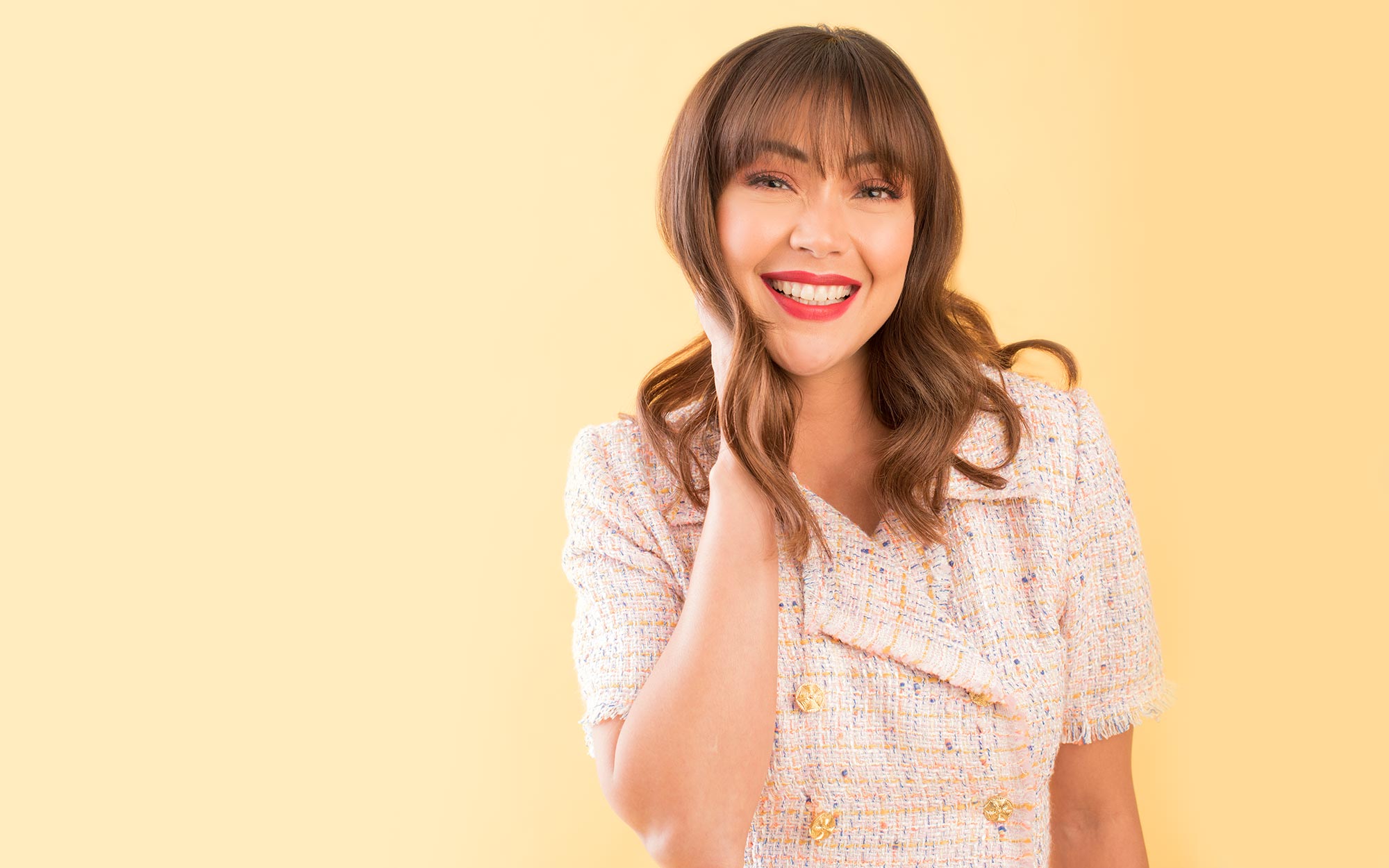 Jodi Sta. Maria on dealing with rejection in the past: "Am I not enough?" 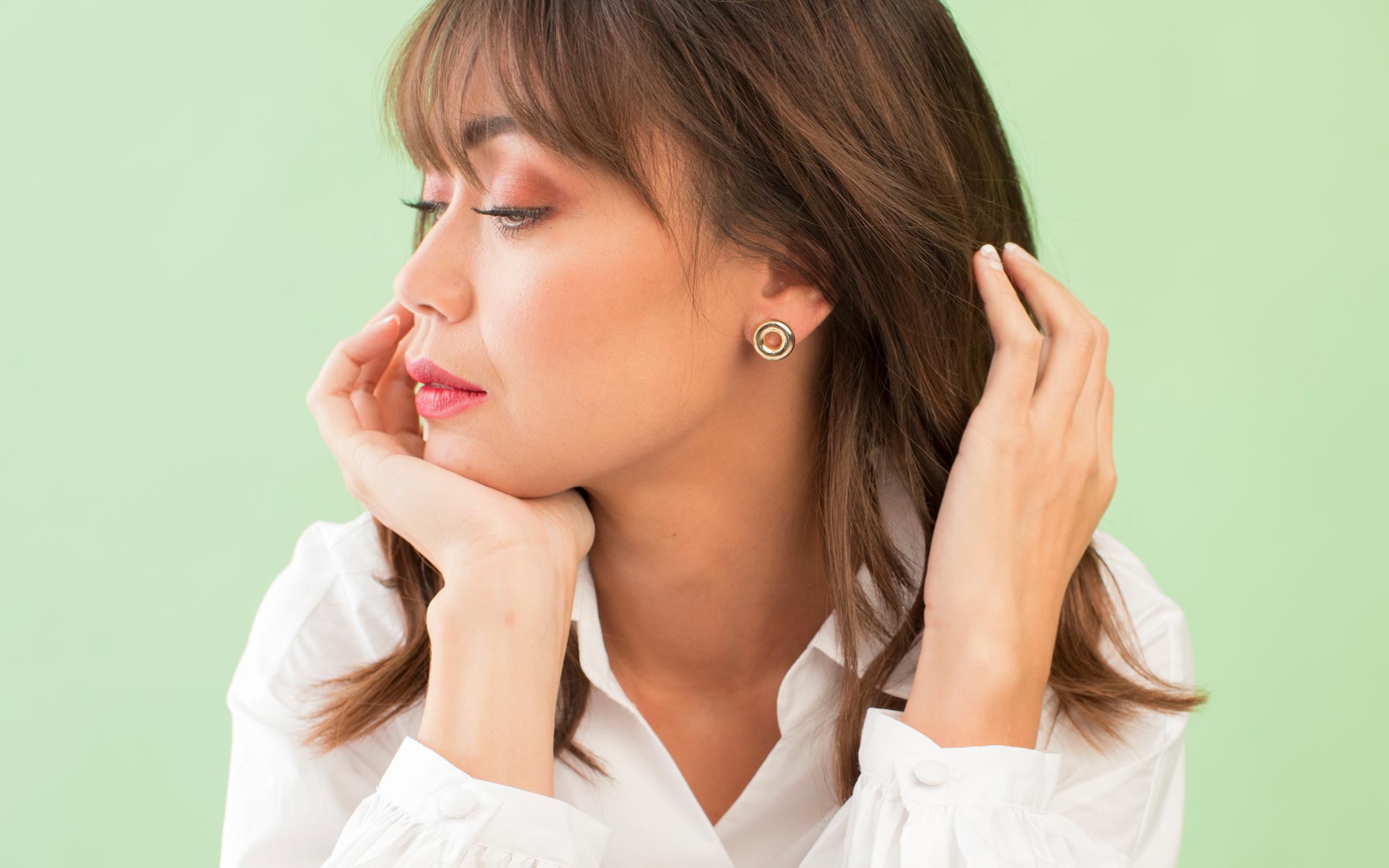 This 2019 marks the 21st anniversary of Jodi Sta. Maria in showbiz.

For the past two decades, viewers have seen Jodi grow from being a teen star to becoming one of the most in-demand actresses in the Philippine entertainment scene.

Not bad for a young girl who was discovered when all she wanted was to see her favorite artistas.

In her interview with PEP.ph (Philippine Entertainment Portal), Jodi admitted, "It was not a dream of mine to become an actress."

But then she also realized, deep down inside, she felt joy entertaining other people.

Jodi said, "When I was young, all I knew was that I wanted to perform and, you know, I find joy and pleasure in performing in front of a lot of people kahit na for some reason mayroon akong stage fright, parang yun nga yung paradox ng buhay ko, e.

"Nahihiya ako but then it also gives me joy performing in front of people." 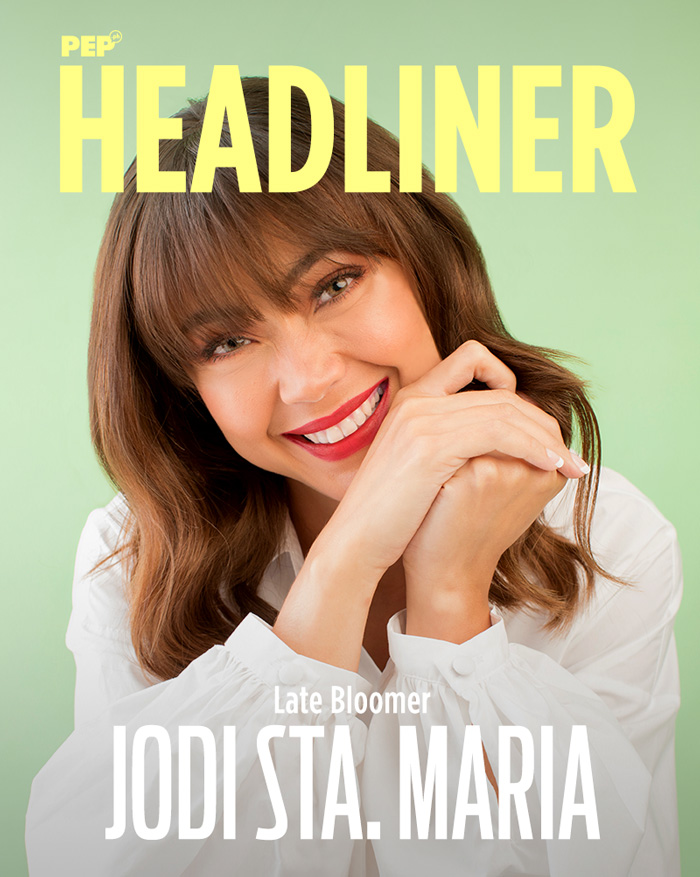 For her PEP.ph Headliner photo shoot, Jodi talked about her struggles when she started her showbiz career and the life lessons she learned along the way.

Jodi, whose real name is Jodi Chrissie Garcia Santamaria, can be considered a late bloomer in an industry known to foster teen millionaires.

She was 30 when her showbiz career shot up astronomically through the ABS-CBN daytime series Be Careful With My Heart, which aired for two years and four months. 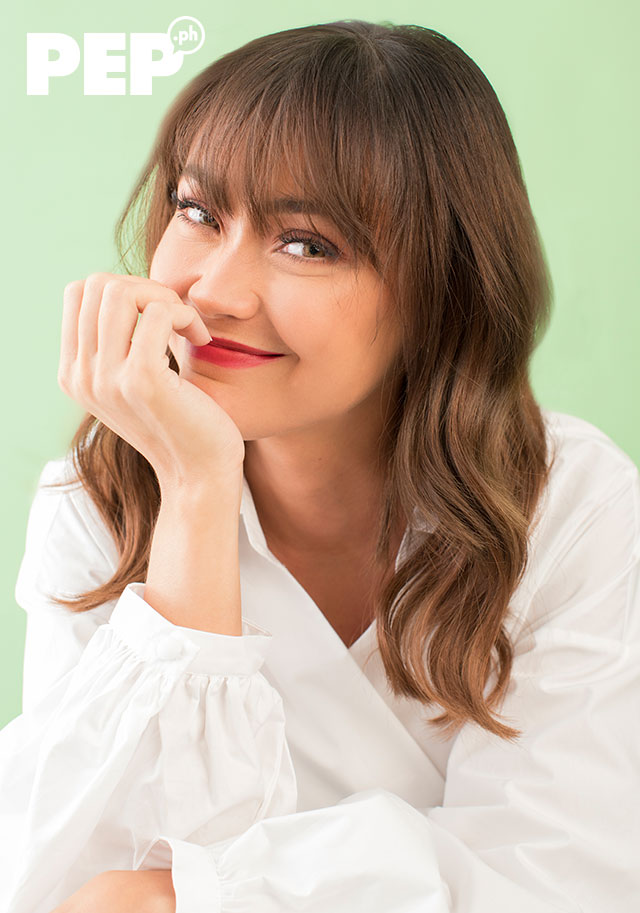 The 37-year-old actress disclosed that at the start of her career, she had no hope whatsoever of ever getting her big break in showbiz.

She recalled, "To cut the long story short, I never got a project. As in, wala!

"Then one day, this agent messaged me and told me 'Hey, there's an audition for a new batch of Star Circle.'"

Those chosen to be part of this elite circle undergo training in acting and personality development before being tapped to star in TV shows and films produced by ABS-CBN.

Jodi almost didn't go to the auditions, but the prospect of seeing her favorite Kapamilya stars inspired her to go the distance.

"We didn't have a car, kailangan lang kaming mag-bus.

"'Tapos sabi ko, 'Sige na nga, pupunta ako,' not because I wanted to become an artista.

Jodi did get to see her favorite celebrities, not knowing that they would actually become her colleagues in the future.

But fate had other plans for the then-15 year-old fan.

Jodi continued, "After that, they called me in for another go-see.

"Parang five times ako nagpabalik-balik sa ABS-CBN until finally parang there were only twelve of us left.

"And then they gave us parang a temporary contract na saying, 'We're now the new batch of Star Circle 7.'

"Then the rest is history." 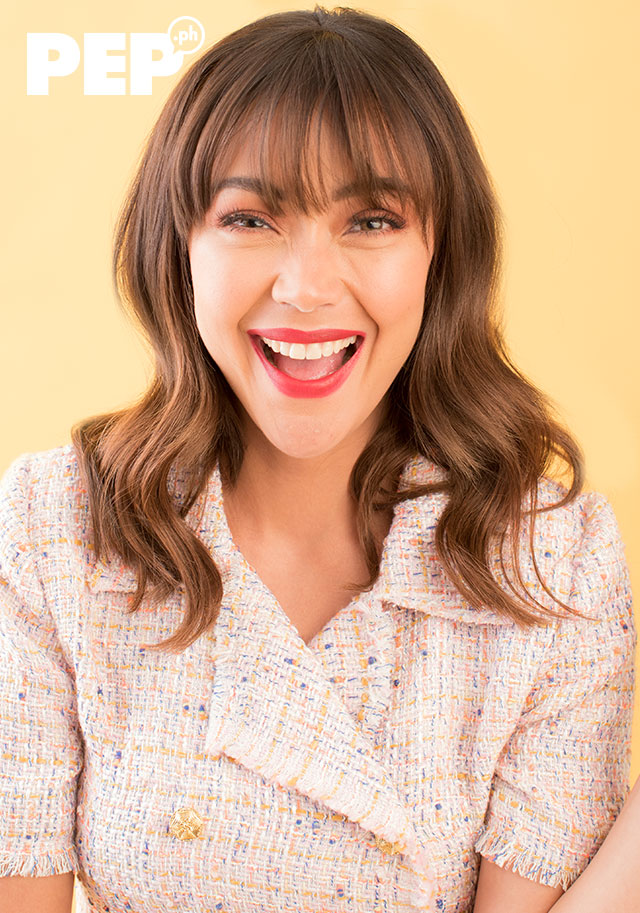 Aside from Jodi, Alessandra de Rossi and Desiree del Valle were also launched as part of Star Circle Batch 7 in 1998.

Two years later, Jodi was given the chance to hone her acting skills when she was cast as Lia Buenavista in Pangako Sa 'Yo.

As luck would have it for Jodi, the teleserye starred Jericho and she played the role of his younger sister.

Did she get to tell Jericho at the time about her fan girl moment in the past?

"You know dreams do come true! Keep on dreaming! Keep on believing! It's gonna happen."

JODI RECALLS STRUGGLES OF BEING A NEWBIE

Even though Jodi was launched as part of Star Circle Batch 7, it took some time before she could break into the world of entertainment.

She was a non-entity, and if at all she was noticed, it was meant to put her down. 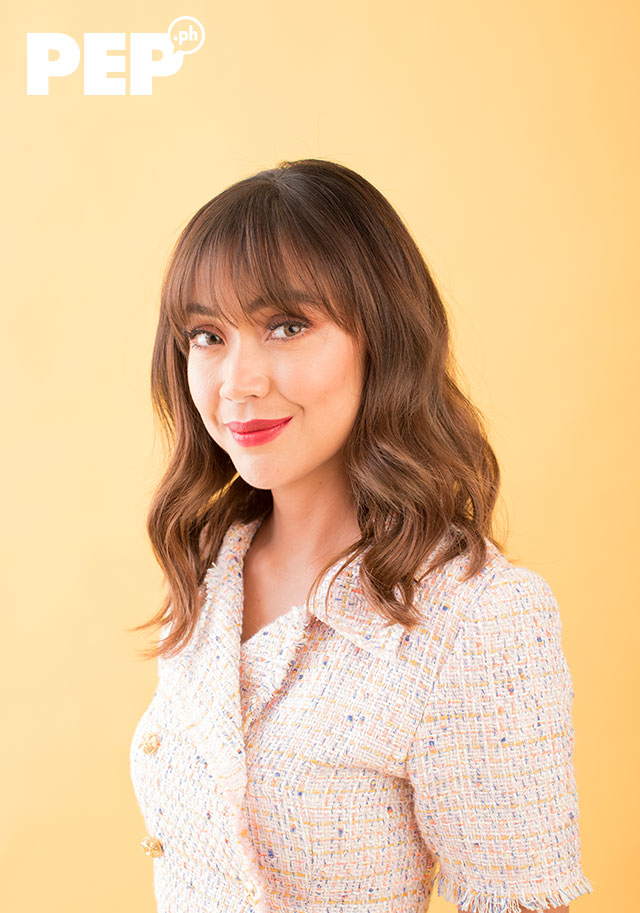 As Jodi recalled her experience, she also gave a peek into what it's like to be a beginner in showbiz.

"When I started, I didn't have a decent standby area.

"When you're beginning talaga, you'd hear all these things.

"But then you use these things not to dishearten you or to discourage you.

"You use them really to motivate you more, to propel you to do better, to do good and it's always nice to set goals.

"And then, you know, little by little, you know natupad siya." 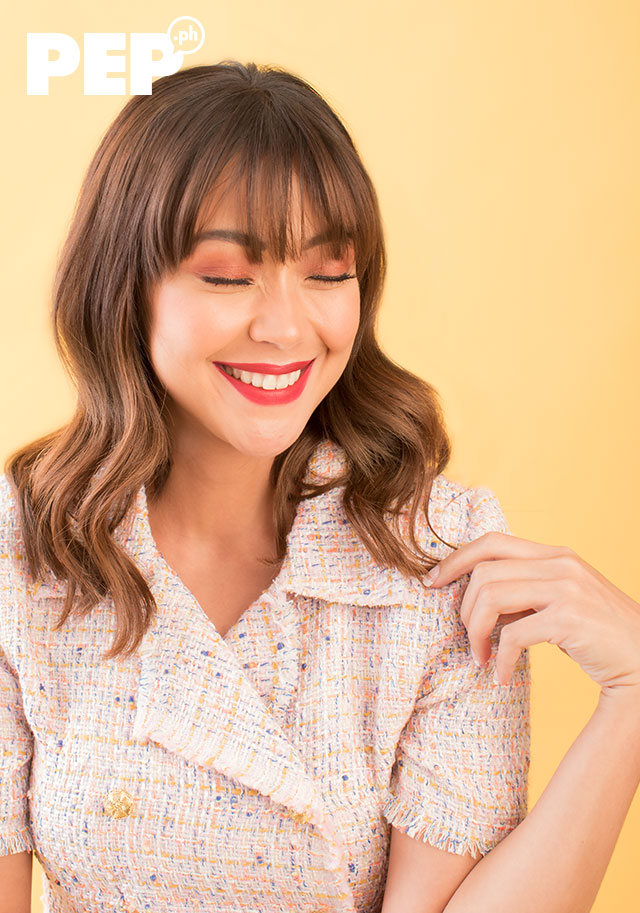 How did she boost her self-esteem and confidence while handling blows to her ego?

She said, "To be honest, it is only when you mature that you realize that these things had to happen, na sometimes you really have to go through difficulties in life.

"You have to go through rejections; though nobody wants to be rejected, but these things build our character.

"That's the most important thing; at first, of course, it hurts.

"You tend to question yourself and then, later on, you’ll realize that's what I needed exactly at that point of my life.

"Even though I didn't want it, it helped me become who I am today, so you have to look at it in a different perspective."

JODI AS A SINGLE MOM

Choosing a career in television paved the way for Jodi to meet her husband. Jodi met Panfilo “Pampi” Lacson Jr. on the set of the ABS-CBN show Tabing Ilog in 2000.

The actress married Pampi in 2005. They separated after five years and have one child together, Panfilo Lacson III, or more popularly known as Thirdy.

Jodi is raising Thirdy on her own, and as one who has known what it's like to have less in life, she imparts two important lessons to her son.

One, to value and save money, and two, to respect women. 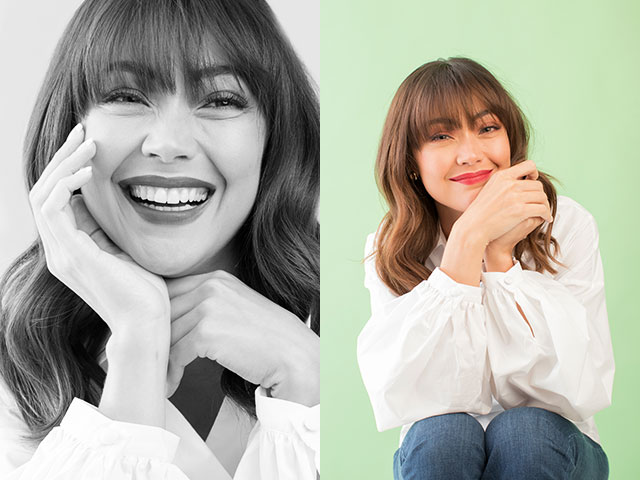 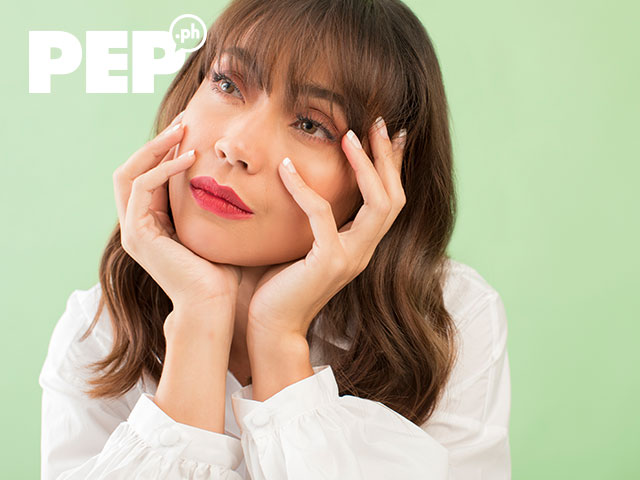 What does Jodi tell her 14-year-old son about having crushes and falling in love?

"Medyo iba yung bilin ko sa kanya. When I tell my friends about it, they're like 'Ha? Why ganon? Lalaki anak mo.'

"I always tell them, 'I pray that he would just see women the way God sees us.

"'That we are fearfully and wonderfully made, and they are made in His likeness and image and each person is important and that each person matters.'

"What I'm trying to say is parang, di ba, we are investing emotions, time that we can never take back.

"Yun ang sinasabi ko sa kanya, 'Don't court anyone without having long-term plans or goals for that person or without even the intention to marry.'

The Kapamilya actress is fortunate to have gained a solid foothold in her career, and with her home life going swimmingly well, Jody is now focused on her personal growth. 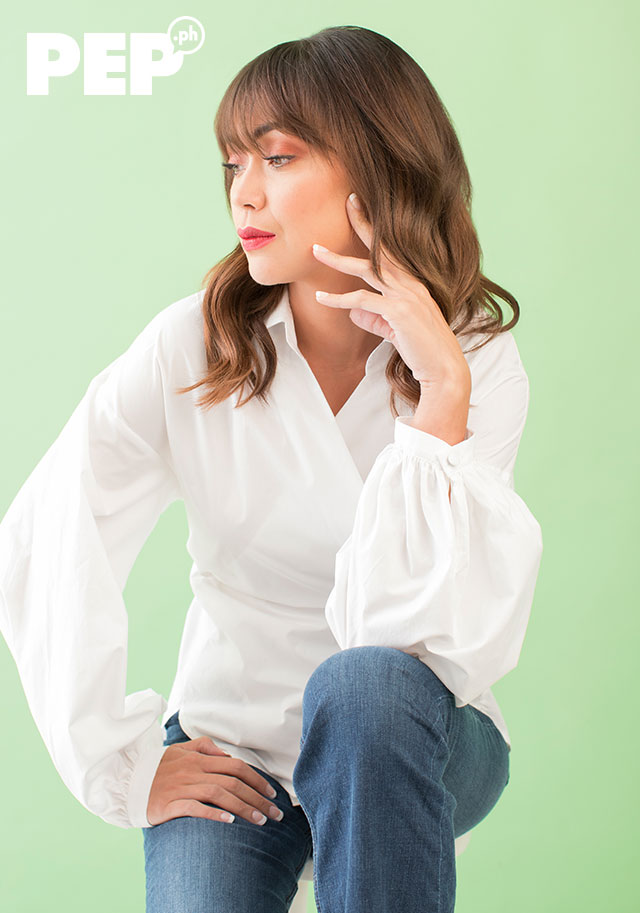 What advice can she give to moms who want to explore new things or go beyond their comfort zone?

"For me one of the noblest professions for women is to be a mother.

"But I hope that moms don’t feel parang shy or parang discouraged just because they are mothers already na parang tumigil na yung mundo for them.

"Being a mom opens up new doors and opportunities. For me, that's how I see it.

"Just because you're a mom naman, hindi naman ibig sabihin you'll just give up on your dreams.

"You're never too old to dream a new dream, and for me it's God who gives us the desires of our hearts and yung mga dreams na yun.

"So I hope they find encouragement with that."

She also put emphasis on self-care, and how women can rise above any difficult situation.

"Well, we can never live a stress-free life as long as we're in this world. We will always have, you know, stressors, and they will always be present.

"It's up to us talaga to be able to protect ourselves and to be able to manage and deal with the emotions na kasama nung stresses na 'yan."

And stress should never be an excuse to look "losyang." It actually is a choice.

At her launch as the newest endorser of Ever Bilena, she told PEP.ph, "...during the first months ng life ni Thirdy, I didn't really get to have time to make pa-beauty.

After all, beauty, she said, should not take too much time and effort.

The actress remarked, "I think it’s important that you know the profile of your face and what you know you can enhance more."

It does not also have to be high-maintenance.

Jodi underlined that the first step to becoming a complete woman is taking care of your self.

"You know kasi, when you look good, it somehows adds to your confidence and you feel empowered.

Jodi is about to achieve one of her biggest goals in life. She is poised to complete her Bachelor of Science in Psychology course at the Southville International School and Colleges.

She previously enrolled in Medical Biology as a precursor to Medicine, but she was unable to finish it because of the demands of her career. 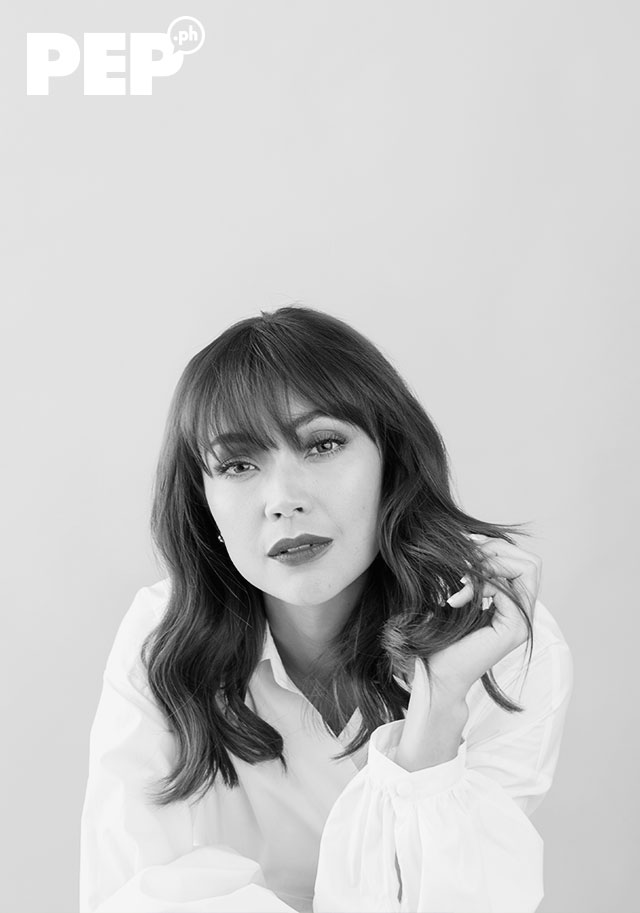 Jodi recalled, "Back in 2010, I applied in De La Salle University for a different course. I actually wanted to get into the medical field.

"Yung unang course na in-enroll-an ko which is Medical Biology, hindi ko siya na-finish for the reason na I was required to go to school every day.

"During that time, I think we were starting na with Be Careful With My Heart, so ang hirap.

Why did she choose to study Psychology instead of continuing her Medical Biology course?

"So bukod sa number one motivation ko ay walang math, I really want to be able to help, and I prayed for this.

"I remember parang in my journal, I saw na I was praying for it na ‘Lord, can you please open up this course for me para makapasok ako.’ This was back in 2015 or 2016."

In January 2018, Jodi made it to her school's Dean's List. How did she manage to do that while taping for a Kapamilya show?

She plays the young better half of Gabby Concepcion's character in the drama movie Man and Wife, which is currently being screened in cinemas nationwide.

So, here's a toast to Jodi Sta. Maria on Mother's Day. A fan girl once upon a time who now commands her own fandom. A late bloomer showing the world dreams come true sooner or later for those believe. A dreamer who will grow old dreaming and keeping her hopes up. 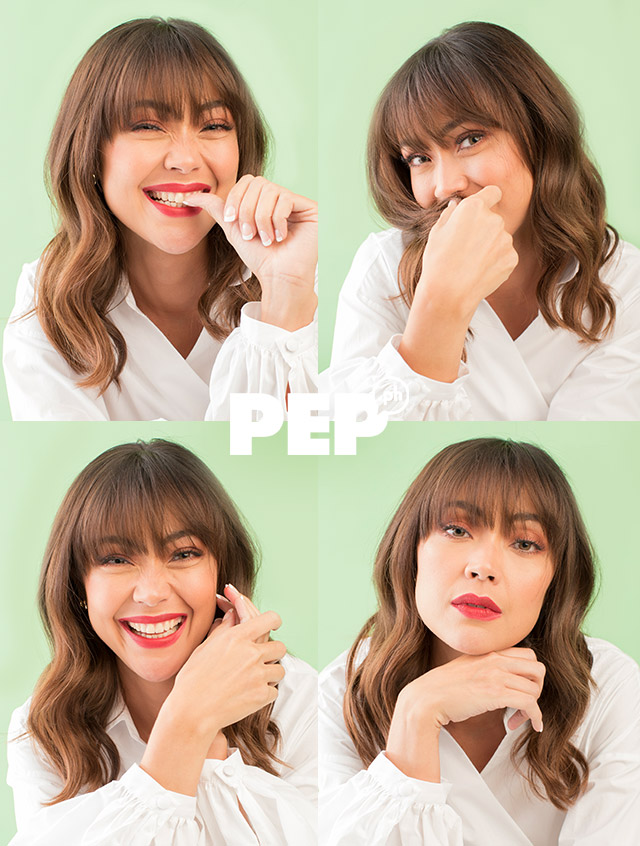