Inter-tainment: The cyberspace and showbiz connection 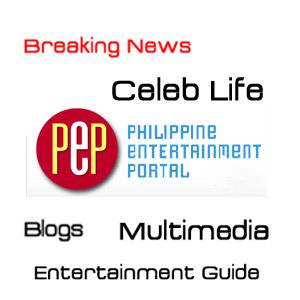 Your entertainment fare is now available in several media: daily papers, magazines, television, cinema, and the Internet. The latter has been taking the country by storm because anything you need is just a click a way. For showbiz fans, the web serves several purposes: 1) to entertain 2) to update 3) to inform 4) to interact.

It was an experiment sans the cliché lab coat, restless scientists with disheveled gray hair, and formula liquid boiling inside test tubes.

But it was an experiment nonetheless.

According to the Department of Science and Technology or DOST, the Philippines was finally linked to the World Wide Web or Internet on March 2004. It was a collective effort initiated by DOST, University of the Philippines, Ateneo de Manila University, and De La Salle University way back in July 1993.

In 2004, a dial-up connection was successfully linked from Manila to the Victoria University of Technology in Australia. But it would take months before a 64kbps leased line was finally granted to our country, which consequently gave birth to the Philippine Network Foundation or PHNET.

NET REVOLUTION. Although the Philippines was way behind advanced countries in achieving a web connection, Filipinos caught up and, almost overnight, were deep into the "net phenomenon."

The Internet initially was dubbed as the "Information Superhighway" because of its heavy yet smooth traffic in information from various sources. Research portals, on-line games and video-music streaming websites, chat networks like MIRC quickly gained popularity, particularly among the youth. It also made interracial communication possible and, for Filipinos, it allowed families to keep in touch with their loved ones, who were working and living abroad, at a much lower cost.

Eventually, the Internet rapidly evolved into something more vibrant and colorful. "Information Superhighway" morphed into the "Entertainment Broadway."

THE PHENOMENON. Being without boundaries, cyberspace encompasses all bases of the media—radio, television and print—providing the one-stop platform for the information that people need.

Although there's been an influx of major websites meant to give information, the local ones, over the past years, were basically newspaper- styled—covering broad subjects from national issues to sports, to lifestyle and entertainment.

A void in the local cyberspace scene had yet to be filled, a niche for Filipino culture just waiting to be tapped.

ENTER PEP. Filipinos love anything that has to do with the local entertainment scene. That's why sports, politics, and almost anything, is intertwined with showbiz. Simply put, life without tsismis is duller than dull.

In earlier days, fans simply derived tidbits from tabloids and newspapers' movie sections until glossy magazines started to carve out their slice in the market.

In the book Peryodismong Pampelikula Sa Pilipinas (Movie Reporting in the Philippines), author Boy Villasanta noted that the number of entertainment reporters, and even tabloids, had multiplied exponentially over the past decade. This proved that there was indeed a strong demand for showbiz information.

Entertainment talk shows mushroomed, unlike before when you only had an Inday Badiday as the lone personification of boob tube gossip. After her death, showbiz talk shows boomed and became a staple in weekend programming.

When the Internet was introduced, things got even more exciting in Tinseltown.

Uploading the news now happens in a flash. Viewing of photos no longer has a limit in terms of quantity. Sharing and swaping ideas between fellow showbiz fans is faster. In short, modern technology has made gossiping and everything in between more exciting and endless.

Even popular personalities have joined the bandwagon and created their blogs and personal websites. These online media allow celebrities the luxury to communicate with their fans as well as promote their projects without having to go the extra mile.

While supporters, during the old days, would converge to hold fan club meetings or simply make tsismis, technological breakthroughs enable them to interact in real time and more frequently.

An all-showbiz website was first put up, in early 2006, by YES!, the country's number one entertainment magazine. The site, www.yesonline.com.ph, immediately caught the attention of the public due to the magazine's established reputation.

On November 15, 2006, PEP (Philippine Entertainment Portal) http://www.pep.ph/ was officially launched in cyberspace. Despite the name change, the newly established website pledged to adhere to the guiding principles instilled by its predecessor.

When PEP was conceptualized, the idea was to mix both the traditional and the modern methods of delivering entertainment news. The website would be as colorful as the industry it covers in its various sections.

Breaking News, just like in the newspapers and tabloids, should be flagged. The rich photo archives of YES! magazine should be part of it. There should be a section where the movies, television, music, and even theater can be featured. Let's not forget the multimedia content, for example, the showbiz-related videos. Lastly, it should hear the views of the celebrities, their talent managers, the network executives, the insiders, and most of all, the readers.

Needless to say, the fruition of the said plans is now being enjoyed by Pinoy showbiz fans around the world. Showbiz reporting has never been this fast and dynamic.

With technology evolving at a much higher rate everyday, who knows what other exciting things can come out of our current online experience. In hindsight, it is not really the stunning features or the technical innovations that made the Internet a welcome discovery. It's the simple the fact that it has enabled people to share and swap information, regardless of distance and time.

And for the PEPsters, it has become a form of escape. Need a break? Or want to be informed, or updated, or entertained? Everything is just a click away.

The tsismoso in all of us can only say, "Thank you."