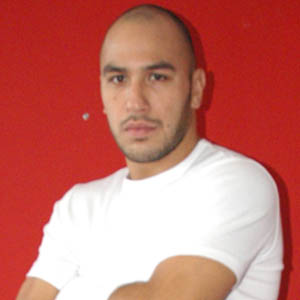 Ultimate Fighting Championship (UFC) fighter Brandon "The Truth" Vera is training Richard Gutierrez for the fight scenes in Kamandag. Brandon will also be a "bad guy" in this GMA-7 fantaserye.
When Ultimate Fighting Championship (UFC) star Brandon "The Truth" Vera arrived here in the country during the first week of November, he was totally unaware that he'd do more than just train Richard Gutierrez for his fight scenes in the new GMA-7 fantaserye Kamandag.

As it turned out, the program's production staff changed its mind and decided to give Brandon additional work.

"Well, that's what I knew," he grinned. "'Pagdating ko dito, that's when they told me that I'll be playing the assassin and try to burn down the church and kill some governor," laughed Brandon before adding, "Biro lang. But I learned that I'll be the bad guy, I guess two days ago."

Brandon is not complaining though. In fact, the Filipino-Italian-American warrior is very excited over his acting debut and says the experience is a welcome break from the rough and tough dealings of his sport.

"To be given an opportunity. I'm having a good time. It's been good times," he affirmed, while relaxing on a couch in the makeshift trailer, which serves as a refuge for the lead stars while waiting for their cue.

BEEFING UP RICHARD. While acting is something Brandon has yet to get used to, teaching and training students, on the other hand, feels like second nature to him.

Brandon has nothing but good words for his student Richard Gutierrez. "Richard has the same values that I do. We talk about our parents, our work and the business. We see eye to eye on almost everything."

There's no difference between how he gives training for Richard and for his other students who are not actors. The only difference, according to Brandon, is that he has to teach and remind Richard to control himself in delivering fatal blows.

Brandon, dubbed as "The Truth" in UFC, is amused by Richard's dedication and focus in their training. Struggling to find the right Filipino term, Brandon paused and then blurted out, "Madali siyang turuan."

VERY MUCH PINOY. Despite the fact that he grew up in the United States, Brandon's ease when it comes to the Filipino language is simply admirable.

As for an acting career, Brandon is still weighing all his options since he's raring to slug it out again in the ring once his arm injury heals.