What FaceApp does to you and your favorite Pinoy celebrities 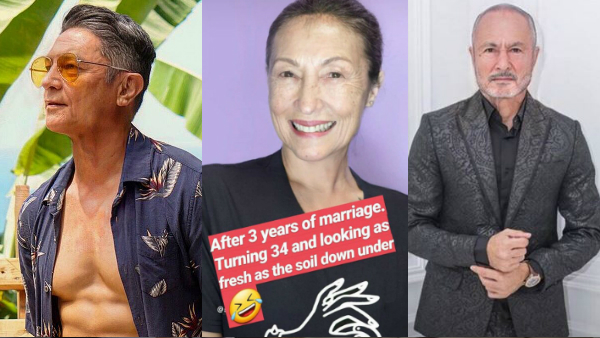 Joseph Marco, Solenn Heussaff, and Derek Ramsay are among the Pinoy stars who dared to post wacky photos of their 60-year-old selves on Instagram.
PHOTO/S: @josephcmarco @solenn @ramsayderek07 on Instagram

The Internet has people laughing out loud this week as social media users are posting photos of themselves looking 20-60 years older than their current age.

What compels people to share these images is that the wrinkly, gray-haired, and AI-generated version of themselves looked realistic.

This trend is called the "FaceApp Challenge."

It has been sending a lot of positive vibes to netizens, that even international and local celebrities are joining the craze.

International celebrities who have used the FaceApp are the Jonas Brothers, Cole Sprouse, Sam Smith, and Iggy Azalea.

To keep you laughing all throughout the day, PEP.ph (Philippine Entertainment Portal) gathered more photos of local stars who will show you what fearless aging literally looks like.

Their faces may have changed, but Jolina, Karla, and Melai wish that decades from now, their show and friendship will remain strong.

The Magandang Buhay hosts are all smiles despite the wrinkles on Jolina's post that says, "Magandang buhay year 2039. Nagmamahalan pa rin kami after 20 years. [face with tears of joy emoji]"

JM's future self proves that he's a charmer, no matter what age.

He serenades them with the caption, "Kahit maputi na ang buhok ko. [monkey and grinning face with sweat emoji]" 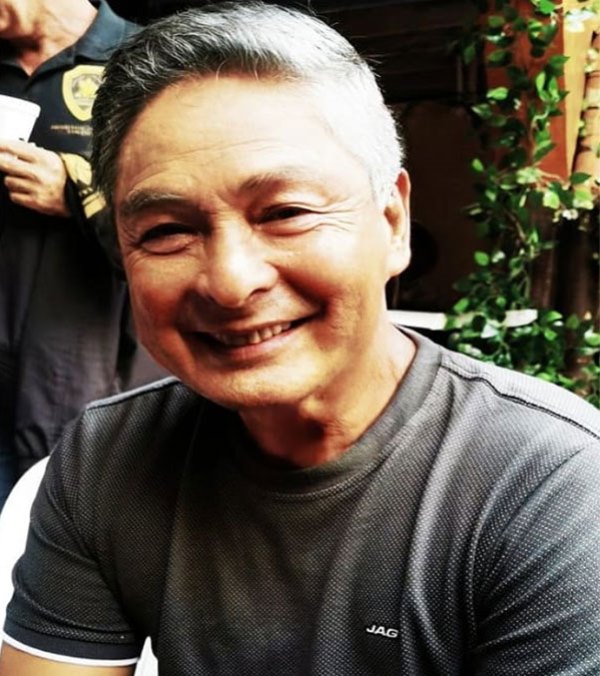 Coco hopes that Cardo Dalisay remains unbeatable even by the year 2045.

He expressed his high hopes through his caption that said, "FPJ Ang Probinsyano #year2045"

Other celebrities like Angel Locsin, Jhong Hilario, Maymay Entrata, and Drew Arellano are having a good laugh from it, judging from the "hahaha's" they've left on the comments section. 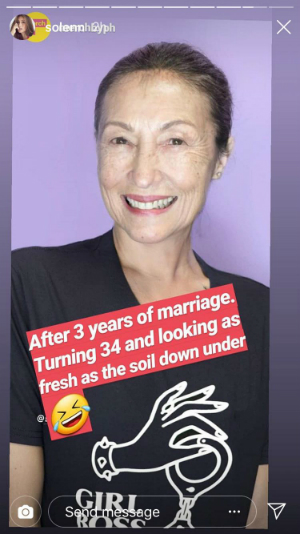 Solenn Heussaff and Nico Bolzico's marriage is one that's sweet yet full of pranks and many other funny antics.

That's why they are one of the most sought-after couples on social media.

Solenn continues to tease her husband and their fans by posting an Instagram story of her FaceApp photo.

With her wrinkled face, the Kapuso star writes, "After 3 years of marriage. Turning 34 and looking as fresh as the soil down under. [squinting face with tears emoji]"

At first glance, people may think that it is his version of a then-and-now photo. But Nico explains that it's the other way around.

He shares, "The truth is that the picture is [reversed], marriage filled me up [with] happiness and joy; I feel younger every day I spend next to @solenn..."

And like what Nico usually does, he concludes his post with a funny remark: "I hope she reads this and comment something super sweet also! #sosbolz #myNoseGetsBiggerWithAge" 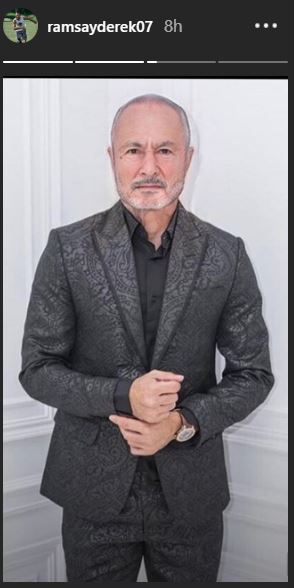 The Better Woman lead actor stuns his followers with an Instagram story of his FaceApp photo.

The photo shows him looking old yet sharp in a dark gray paisley suit matched with a dark brown leather watch.

With his powerful aura, it appears that 60-year-old Derek continues to thrive with a luxurious life in showbiz.

21-year-old Maris Racal gives her followers a good laugh with her FaceApp photo.

She may have gained some weight and wrinkles, but the young star's sweet smile continues to capture her fans.

The photo also sends fans into a guessing game of which star she looks a lot like like—Nova Villa or Judy Ann Santos?

In his Instagram post on July 16, 2019, John Prats assures his daughter, Feather, that decades from now, he will still be the proud and supportive father that she has known him to be.

Daniel has mixed emotions after meeting his 60-year-old self.

He posts his photo with the caption, "OMG. [face screaming in fear and face with tears of joy emojis]"

Bb. Pilipinas 2018 first runner-up Vickie Rushton posts a photo of her and her boyfriend, Jason Abalos, with the caption, "I will love you ‘til we’re old. [musical notes emoji]"

It shows them looking old and wrinkly, but happy in each other's company.

With mountains as their background, it reflects the beauty queen's desire for their relationship to overcome challenges and withstand the test of time.

Joseph Marco envisions himself growing old as a hot grandpa.

The Los Bastardos star poses for a photo in his unbuttoned shirt, exposing his six-pack abs.

His caption states, "Hmmm... grow old with me? [man with white hair emoji]"

His fans gush in reply, "Yessssssss I want to grow old with you."

If you're wondering how your peers and these celebrities created these photos, it's through a mobile app called FaceApp.

FaceApp uses artificial intelligence to enhance your face and change your age, gender, or your hairstyle with just a few clicks.

Many celebrities and netizens have downloaded this app, making it the number one photo and editing app in the App Store.

Shortly after it went viral, security concerns arose. Reports claimed that the photos were being sent to a Russian tech firm.

But according to the article published by The Washington Post, "The photos are stored on conventional servers run by American companies, and no evidence has surfaced that the company has ties to the Russian government.

"Technical analyses also found that the app does not, as some rumors stated, swipe a person's entire cache of photos or open their data to unlimited surveillance."