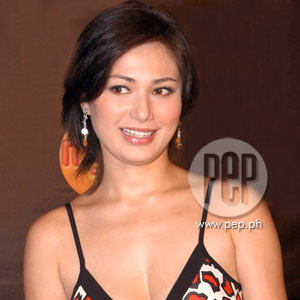 According to Francine Prieto, proposals coming her way were more frequent when she was still into modeling. But the sexy comedienne was firm in saying that she never took the bait, nor will she ever, no matter how tempting the offer.

Sexy actress Francine Prieto rebuffed accusations that she plays on her suitors' emotions by always asking favors before ditching them and leaving them in the cold.

But was there an attempt on Keempee's part or any subtle hint that he was interested in taking their friendship to the next level?

HELPING HAND. Another guy being linked to the statuesque comedienne is newsman Oscar Oida. According to rumors, Francine allegedly asked the GMA-7 reporter to do her school projects. And since Oscar was said to be smitten by Francine's charm, he wholeheartedly agreed while hoping that his gestures would endear him to the actress.

Although she never said it directly, it was obvious that Francine turned down Oscar's love.

Surprisingly, the guy doesn't necessarily have to be drop-dead gorgeous