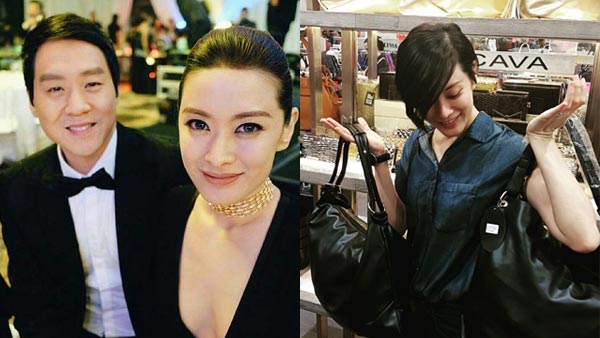 No matter how much you are earning, Richard Poon and Maricar Reyes believe that the key to financial growth is proper budgeting through the "Envelope Method."
PHOTO/S: @maricarreyespoon on Instagram

As the cost of living increases and the prices of commodities continue to rise, budgeting your salary can be a daunting task.

Yet according to celebrity couple Richard Poon and Maricar Reyes, it is achievable even if you're earning minimum wage.

The key is to practice a budgeting method called "envelope system" and, at the same time, make a conscious effort to really stick to it.

On August 21, 2019, Richard and Maricar uploaded a video on their YouTube channel, addressing a problem of one of their followers.

According to the couple, the girl was caught in a huge amount of debt from loan apps that she downloaded on her mobile phone.

Loan apps, as Maricar described in another video, provide loans to users with minimum requirements and has fast approval.

The catch is, these apps can access all your contacts and send a text message to all of them when you haven't paid your debt yet.

To help her and others who want to practice effective budgeting of expenses, Richard and Maricar recommended a technique called "envelope system."

RICHARD ON HOW THE "ENVELOPE SYSTEM" WORKS

Richard learned the "envelope system" from his friend and finance speaker, Chinkee Tan.

The "envelope system," as the name suggests, is a method of segregating your money into different envelopes for each type of expense.

Label your first envelope as "5% utang," meaning, you will put five percent of your salary into that envelope which you will use later to pay a portion of your loan. The percentage may vary according to how much you can allocate from your bimonthly salary.

He also added that it's best to pay your loan by installment instead of lump sum.

Doing so would be lighter on the pocket and gives you more control over spending your money.

For the next envelope, label it as "renta ng bahay."

If you're like Richard who pays for his own tax, you can also create an envelope for "buwis."

The couple said that you can make as many envelopes as needed.

The bottom line was knowing where your money should go so you won't be tempted to spend it.

Richard also reiterated that you will only reap the rewards of following a budgeting routine if and only if you have control over yourself.

He recounted the story of his friend who, together with his wife, used their savings to buy a second-hand TV rather than pay their loans.